We left Remark S.A. for the Flinders Ranges on time and in the dark.  It was about 3° and as we wound our way towards Burra with breakfast in mind.  The temperature dropped to -2°. That encouraged me to turn on the heated vest and become very glad I took it.

Burra was very quiet at 8am. 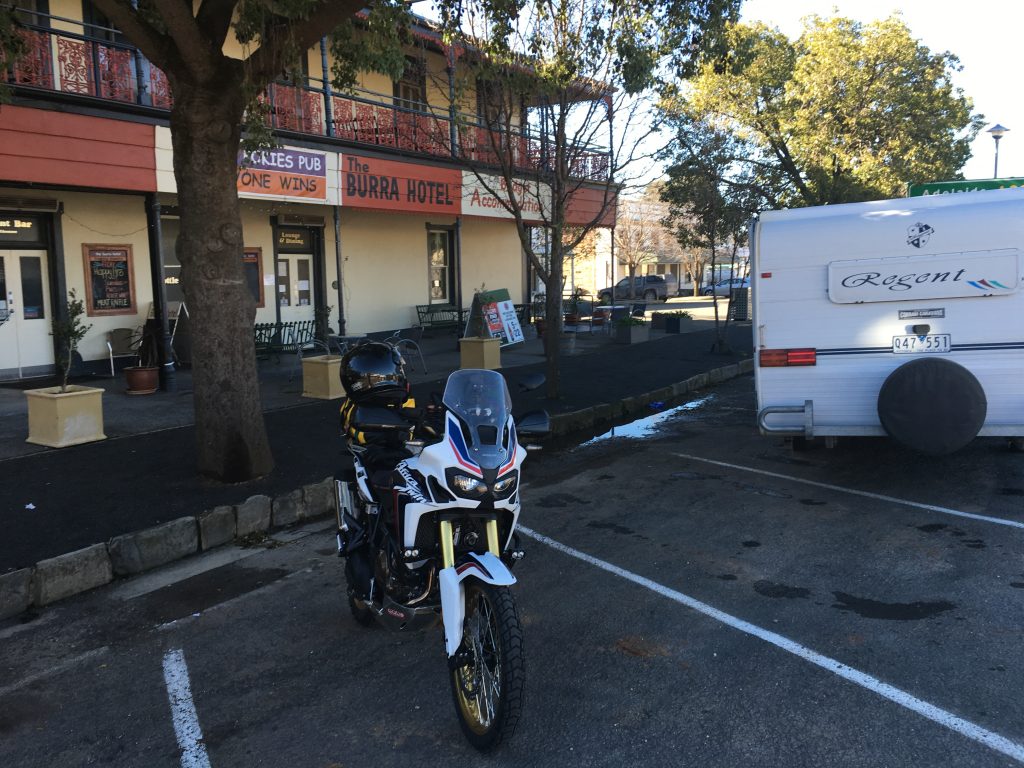 Fortunately one cafe was just open and the heater was going.  The most prominent menu on the wall was a selection of vegan delights.  I could see that Rob was reading through the same menu and he was as horrified at the prospect of no bacon as me.  Fortunately I’d located the list of real food on another wall and directed him to it.

We ate bacon, eggs, hollandaise, all the good stuff adventure riders need to survive. Rob also opted for a healthy option, a banana smoothie.  Sadly they didn’t do smoothy’s so a banana milkshake had to suffice. 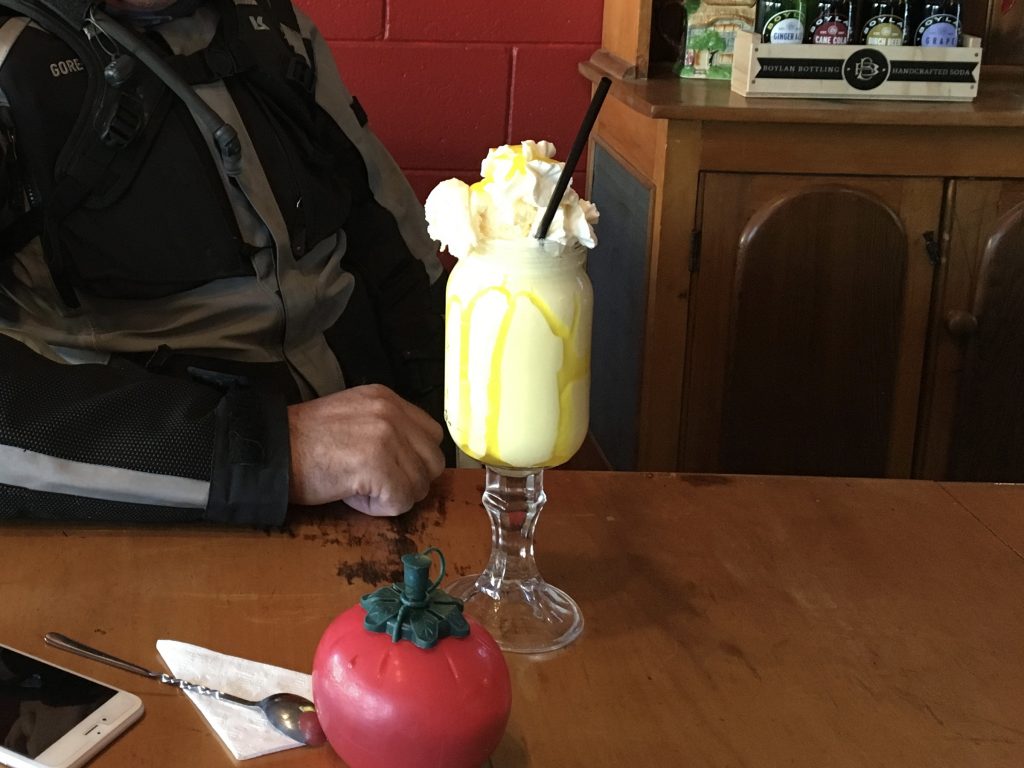 After the healthy repast and some time to thaw we rode up to the lookout above the historic copper mine at Burra. It was a great view, interesting history and worth the small detour.

The next stop was Peterborough for fuel and a couple of packets of Lions Club Fruit Cake which I’ve found great for trail food and pre-breakfasts. From there it was through Orroroo to Hawker where we secured some rooms at the Hawker Hotel/Motel and a National Parks pass from the servo. 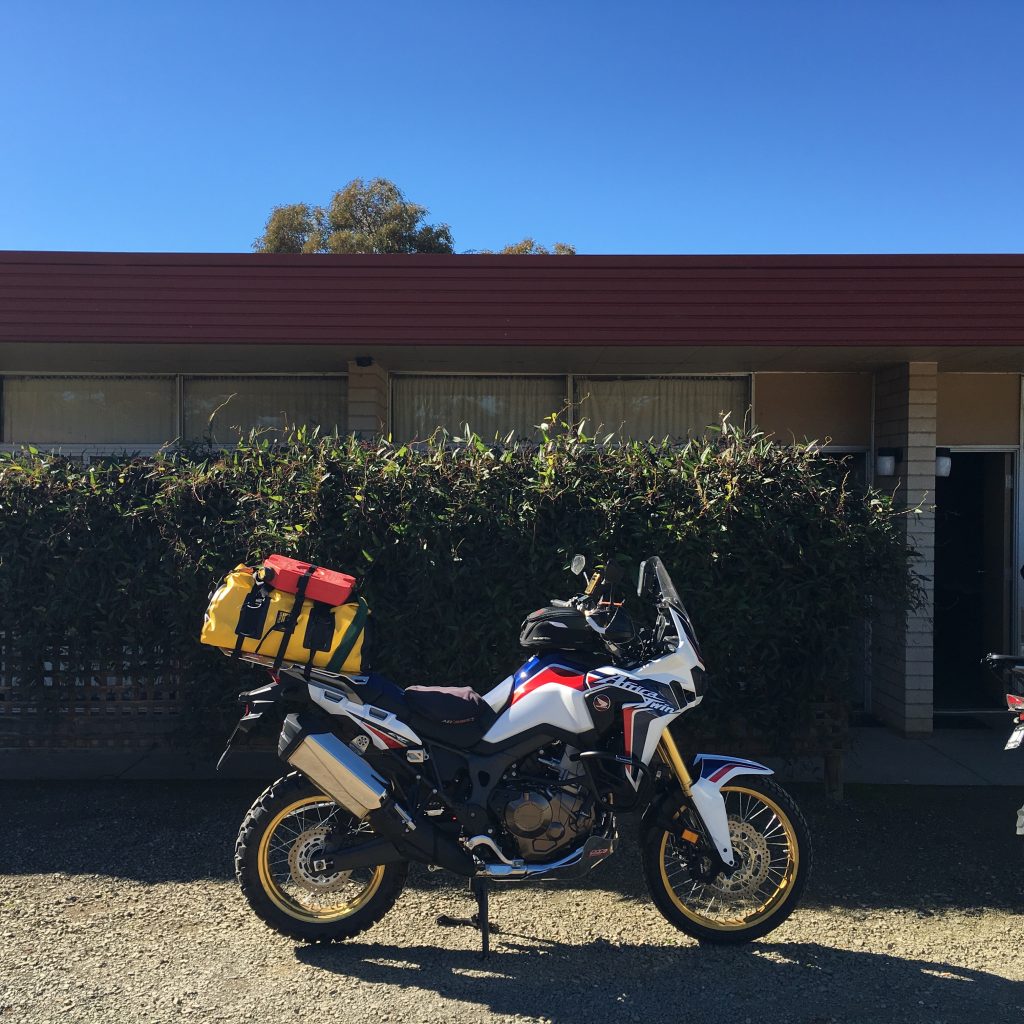 We unloaded the bikes somewhat and made ready to head out into the Flinders Ranges for an afternoon of exploring.  I’d contacted a mate, Clive, who sent me the day sheet for the Flinders used on the Tenere Tragics ride, much of which I missed out on because of an unceremonious binning, that we could use for some ideas.

First up it was the first right after Rawnsley Park Station and up to Pugilist Hill Lookout for some sensational views. 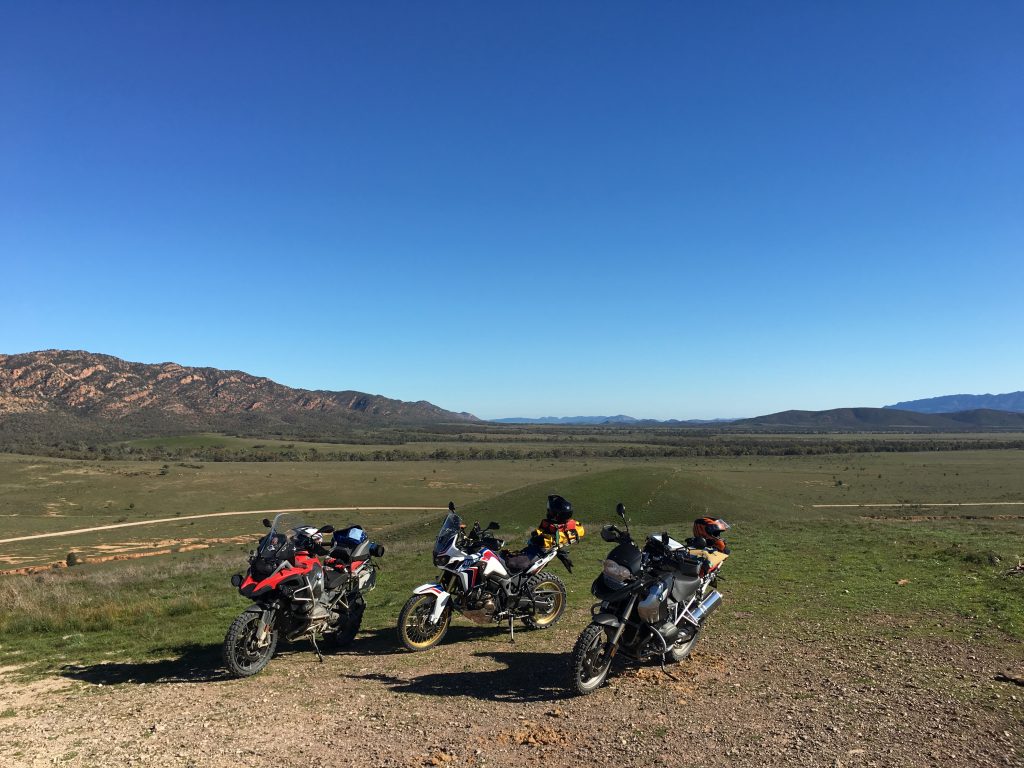 While there we met up with some other riders from Adelaide and discussed possibilities and decided to heed back to the Flinders Way and ride past Wilpena Pound and go left on to Bunyeroo Rd d Brachina Gorge Rd.  The riding here was just incredible.  There was water running through the gorges and plenty of loose stones and rock to pick our way through.  It was sometimes difficult to work out where the road started and creek beds finished and deep in the gorges the sedimentary rock walls were a sight to behold.  Next time I’ll stop to take some pics.  Rob stopped momentarily to pick his GSA up but with no witnesses or photos it didn’t happen.

As we rose out of Brachina Gorge we took some time to admire the view at Razorback Lookout. 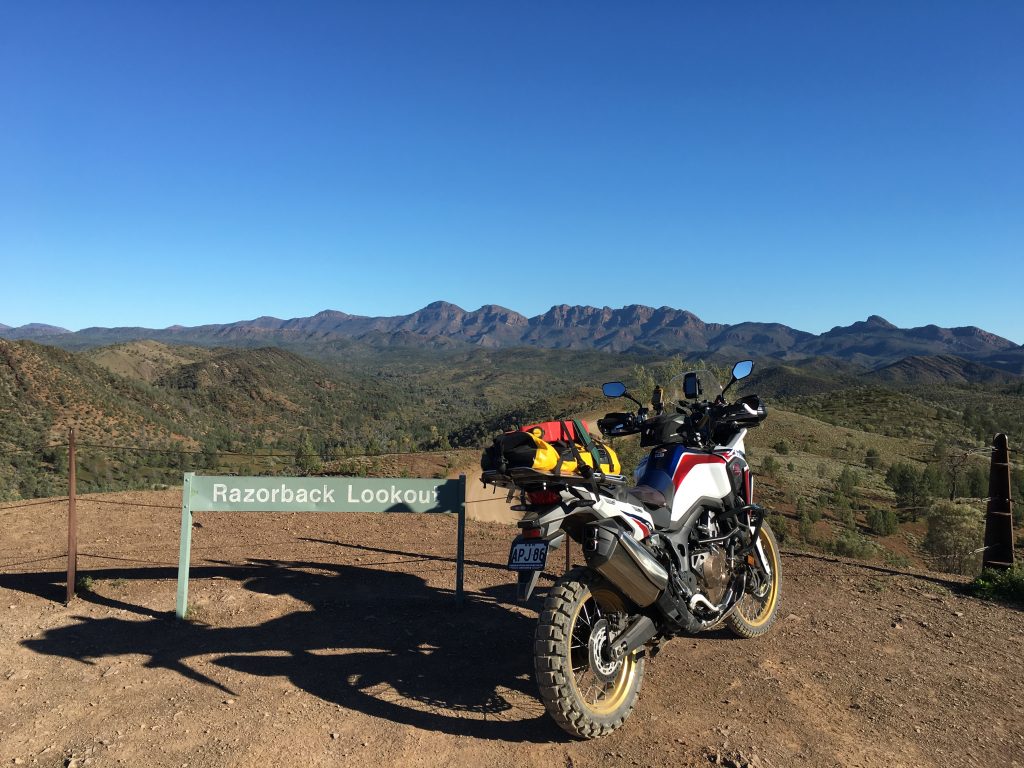 Then we wound our way out of the ranges to some open gravel road popping out on The Outback Hwy.

I know I didn’t need to be standing up for this shot but it’s way cooler than sitting! Heading south back towards Hawker we hadn’t had enough dirt bliss for the day so we took a left on to Moralana Gorge Road which took us back to the Flinders Ranges Way. 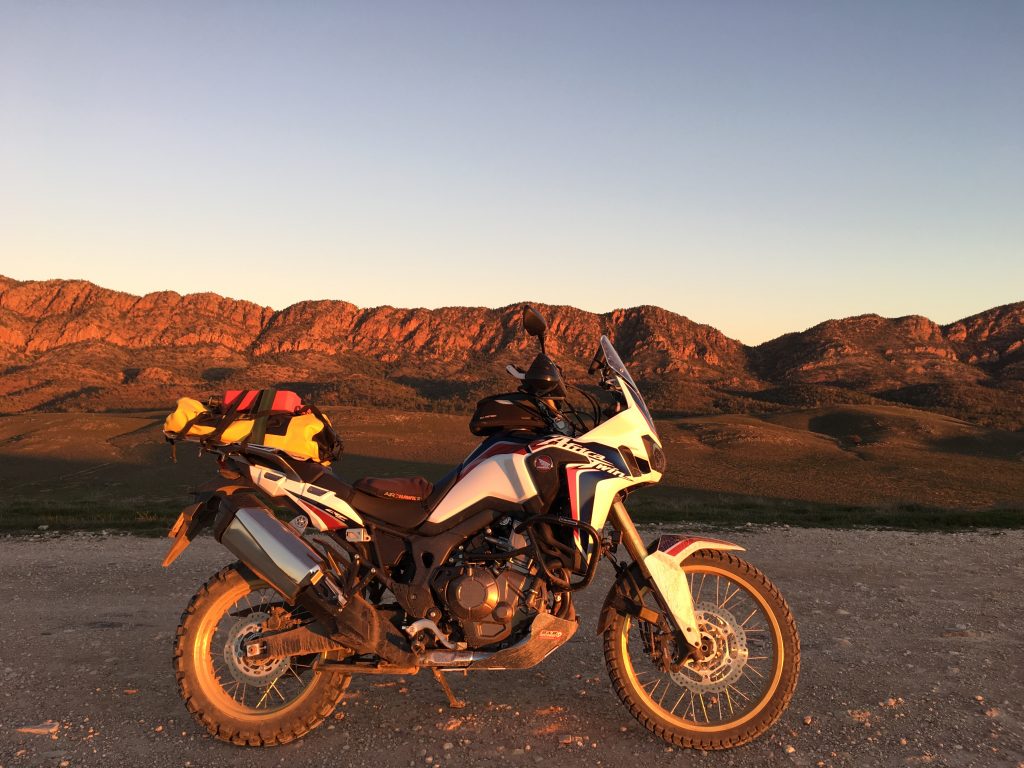 As the remaining light faded we rode back to Hawker and settled in for Friday Pizza night at the Hotel and enjoyed some carb loading from glasses read for tomorrow’s impending exertion.