An invitation to join two Sydney riders for a ride to/in/from the Flinders Ranges saw me leave the abode on the Africa Twin about 4.20am to met them at 7.45am at Macas Sutton Forrest.  I arrived there in time to fuel up and order some breakfast before Rob and Rod arrived.

G’day’s, an introduction to Rod and some warm coffee engulfed before we hit the road.  The destination for today was Renmark, pretty much a transport leg to crunch through the first 1300k’s (for me).  However I did follow tradition along the way and got the first Dog on the Tuckerbox photo for the Africa Twin. Rob’s bike is the BMW R1200 GSA and Rod’s is the GS. 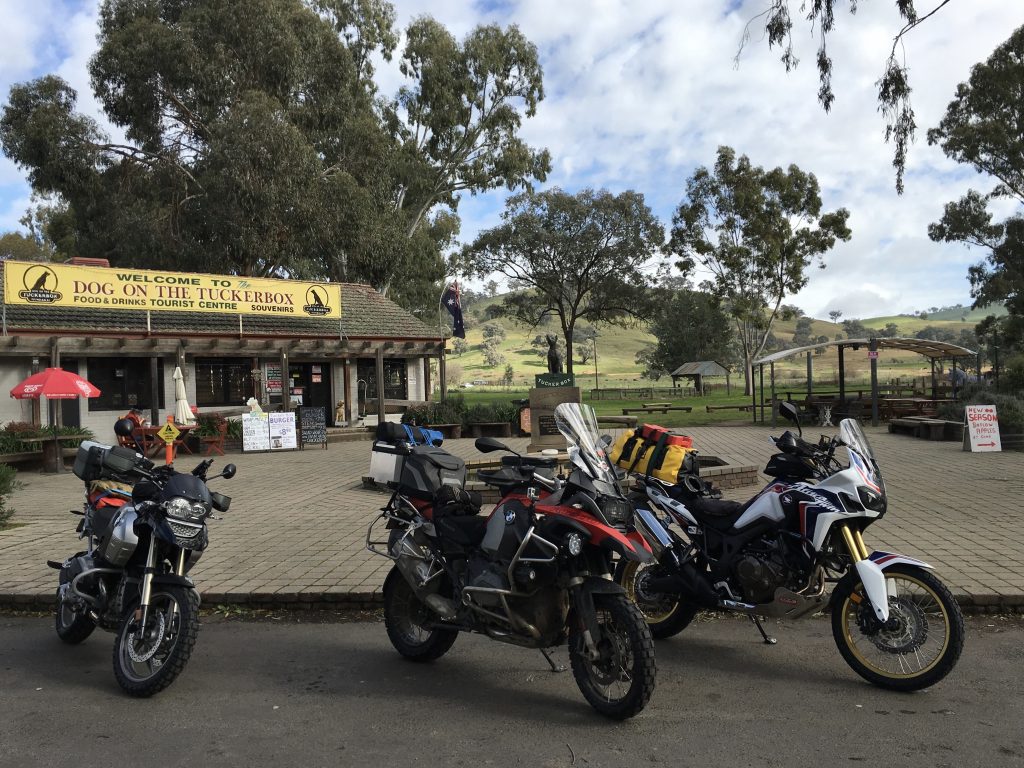 After fuelling up at Gumly Gumly and then Hay South we also called in at Hells Gate for a quick pic and a chat to a farmer. 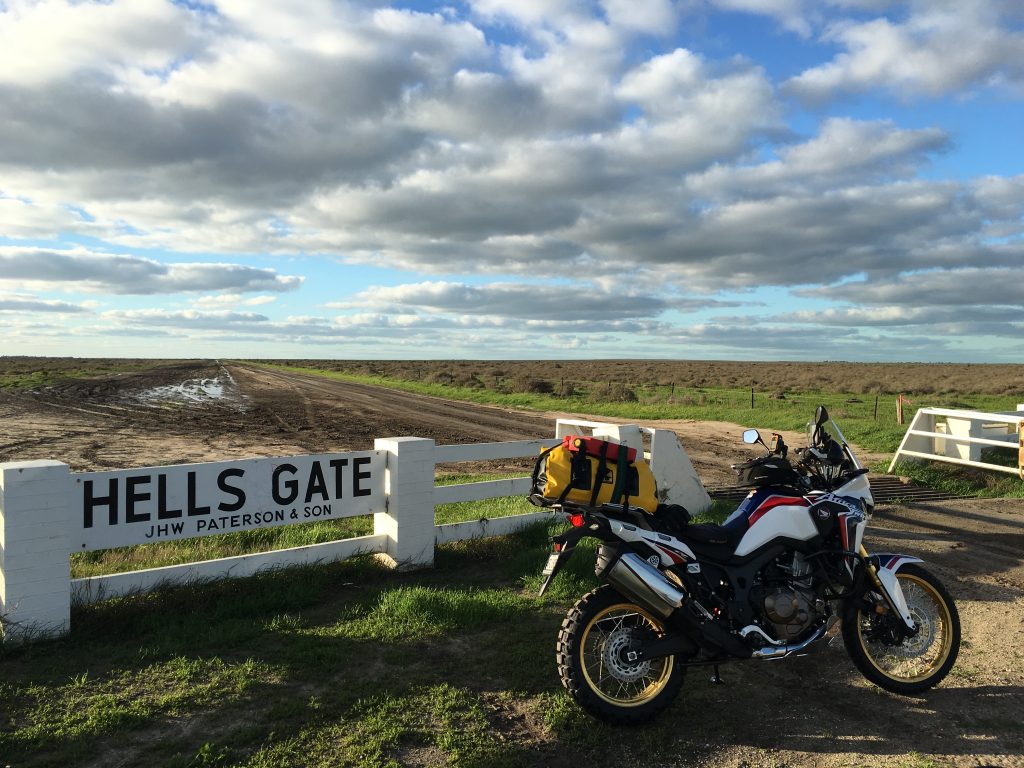 The sun went down just before we stopped again for fuel and a quick bite at Buronga.

From there it was through Mildura and a short hop to Renmark where we found a room each at the Ventura Hotel (I stayed there during the Tenere Tragics), before heading down to the club for a feed.

We agreed on a 6am (local time) start, it was going to be cold!

With the Africa Twin only having had it’s first service last week this 1300k day was the first decent “touring” type day on it.  It goes well, cruises fine at freeway speeds but as I’ve mentioned before the lack of cruise makes it difficult to maintain a speed and really enjoy the scenery.