After a poke round the Flinders Ranges yesterday our goal for today was Arkaroola Village. There’s no breakfast at the Hawker Hotel/Motel and the earliest a cafe opens is 9am so breakfast from the oven in the servo was in order. Riding north on Flinders Ranges Way again we stopped this time at one of Arkaba Hill Lookout for a gander. 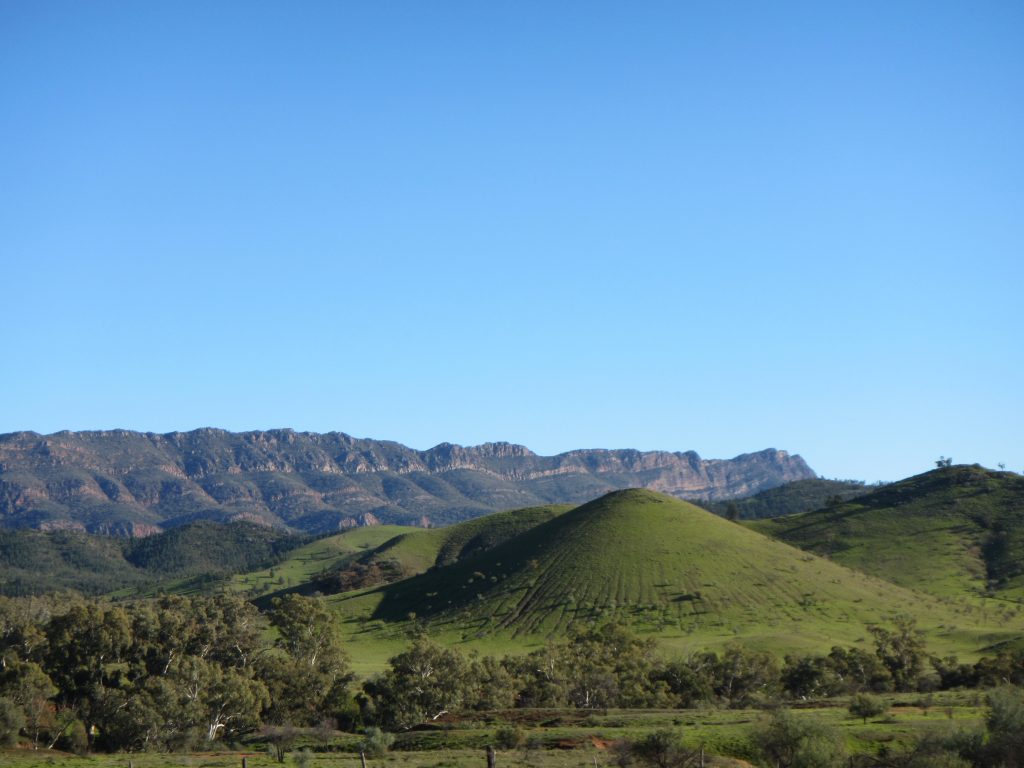 What a glorious morning, not a cloud in the sky, cool but not cold and not a whiff of a breeze. Next it was back past Pugilist Hill Lookout to try to finish the road that brought me undone in the wet during the Tenere Tragics.  Martins Well Rd was thankfully dry today although there were plenty of signs of the red mud that had formed during recent times.  It was all easily negotiable on the Africa Twin though. At the end of Martins Well Rd we turned left onto Erudina Rd and stopped for a while to admire some locals. 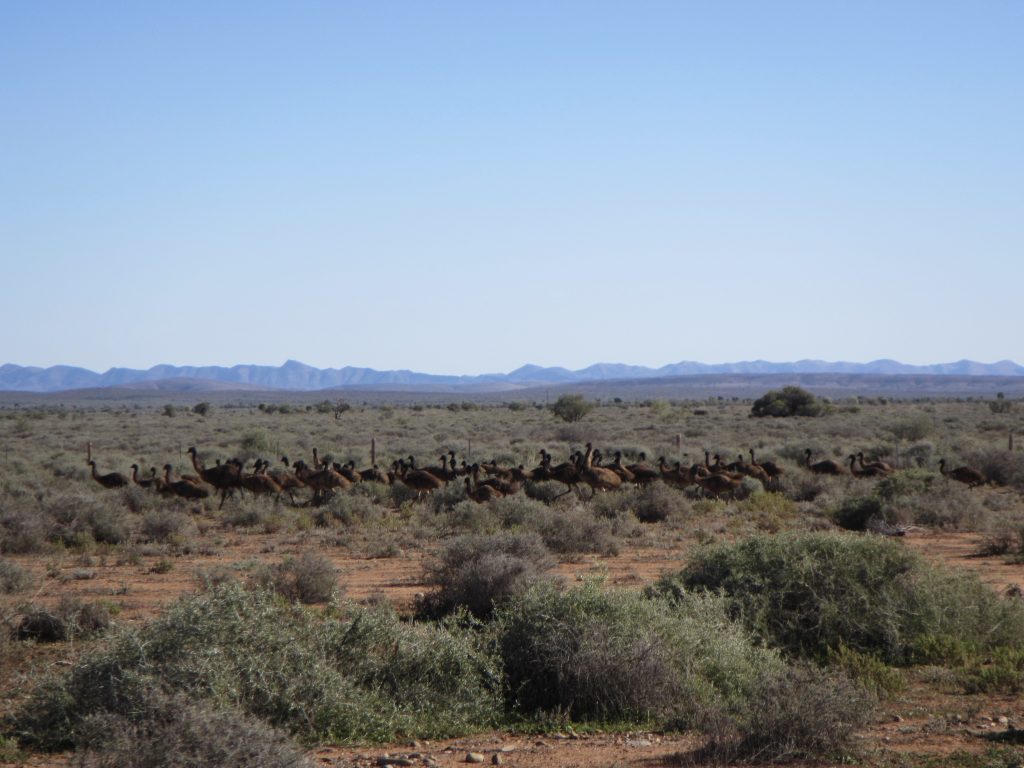 While there I saw a chunk of bone sticking out of my rear tyre.  I assumed that because the tyre wasn’t flat the tube wasn’ punctures so I set about removing it with a pair of long nosed pliars provided by Rod. All good. 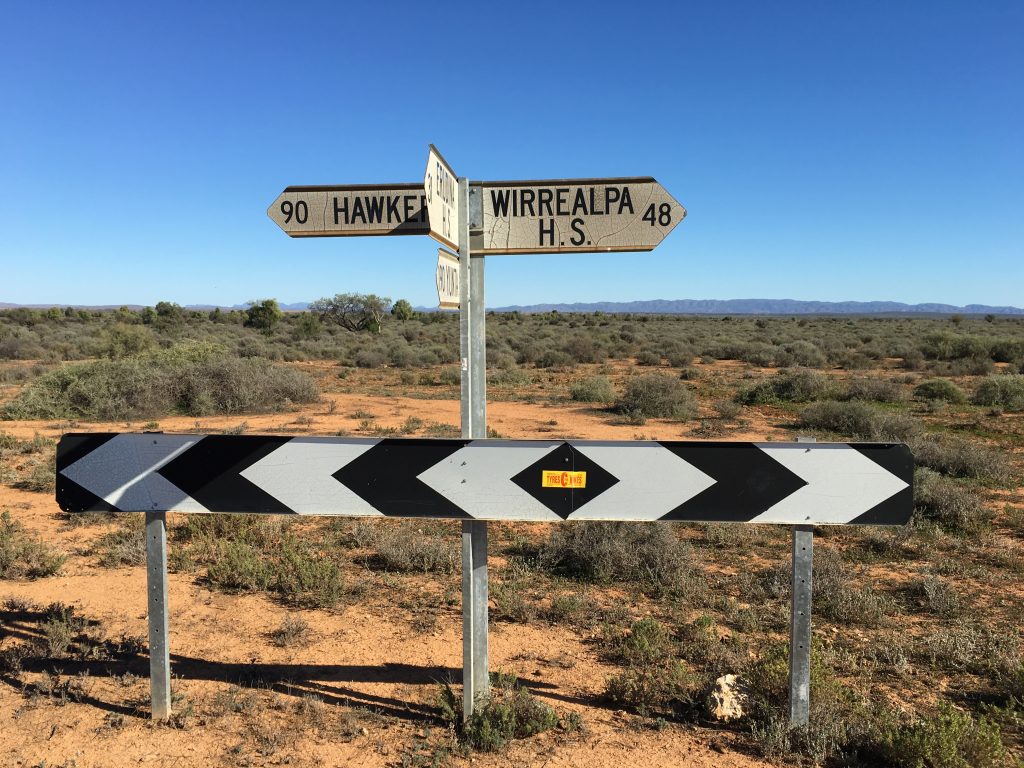 We then rode on Wirealpa Rd north and turned on to North Flinders Road.  The roads were all in good shape and there were no problems maintaining the state speed limit on any of them.  The occasional twisty bits going through easy gorges broke it up were fun, the dry creek crossings were all quite simple and easy on the suspension.  As you can imagine there wasn’t much traffic. 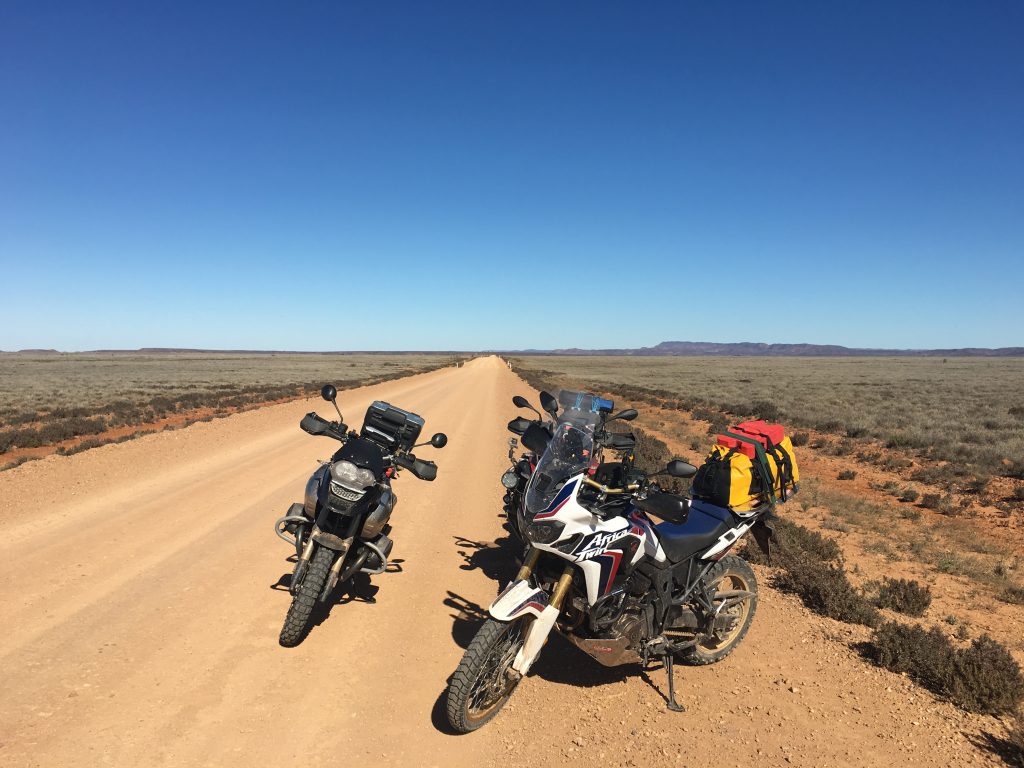 During this part of the ride we both Rob ad Rod wanted to take the Africa Twin for a ride.  While wide open gravel roads perhaps didn’t give them the chance to test out the differences between the AT and their GS’s they were both suitably impressed with it and as a bonus I got to crack along on their GS’s for a while which was a treat for me. I even got took a chance to get the GSA off road a bit for a pic. 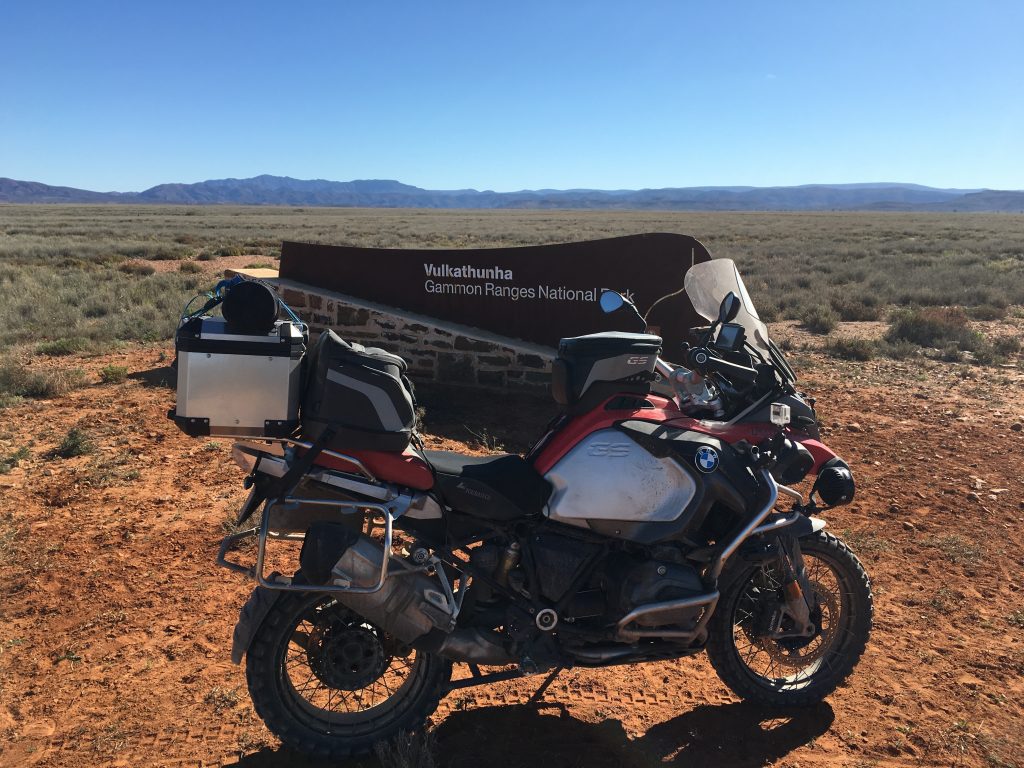 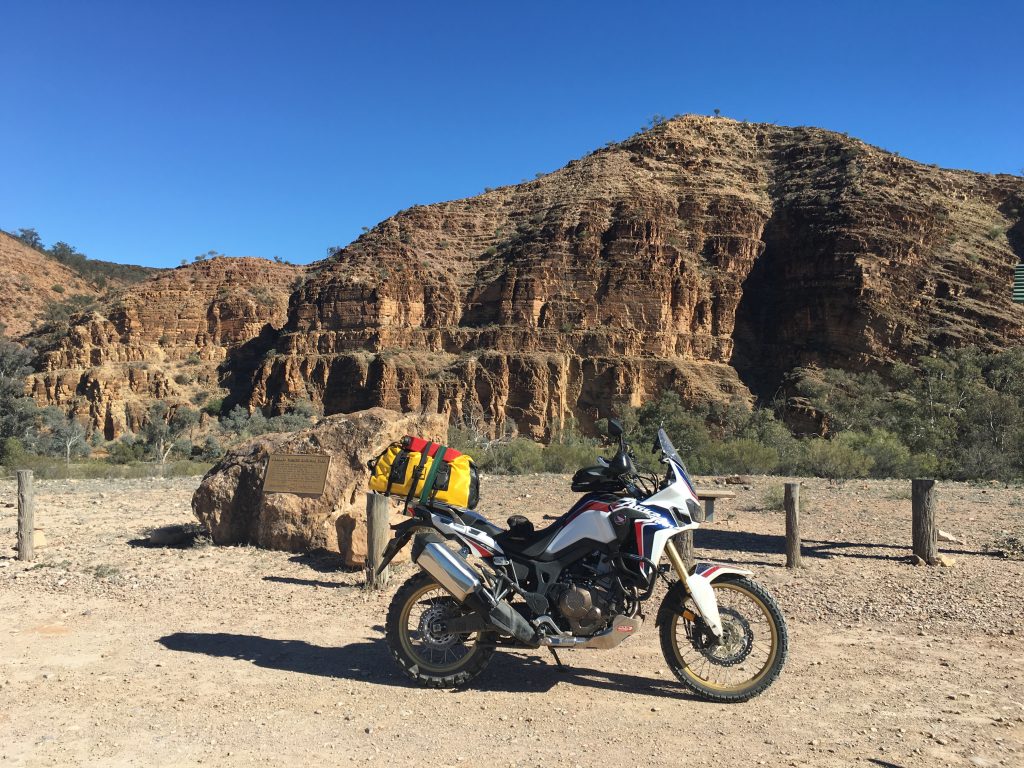 before finishing the first part of the day with some spinach soup at Arkaroola Village.  We checked in to our rooms, unloaded the bikes and went exploring some trails that were more technical than we’d experienced to that point. Lots of rocky creek beds to ride through, gibbers, loose gravel and nice climbs. 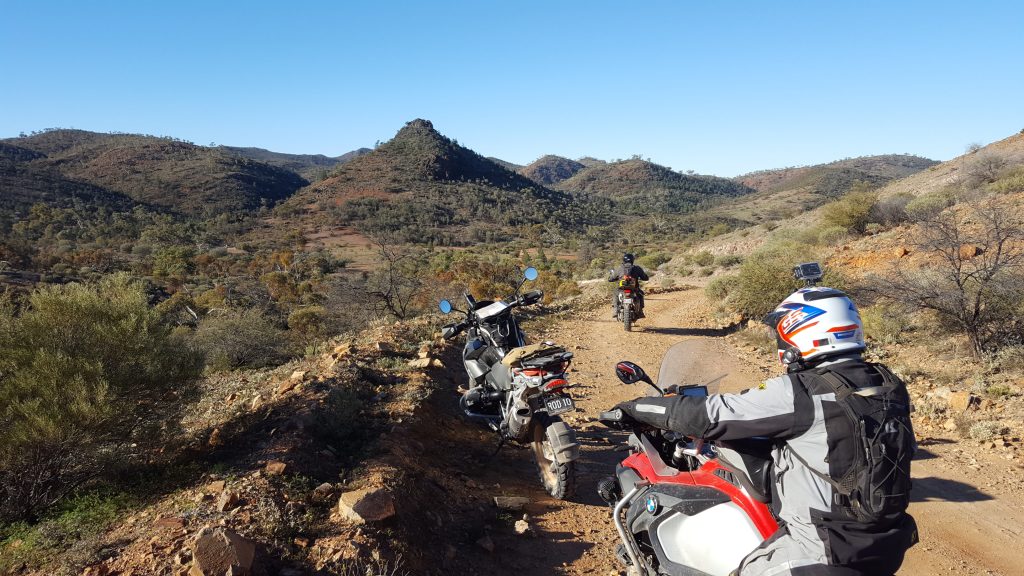 As the sun started to hint it was leaving for the day we turned back and while stopped for a quick drink decided to follow a sign to the Nooldoonooldoona Waterhole (try and say that!). 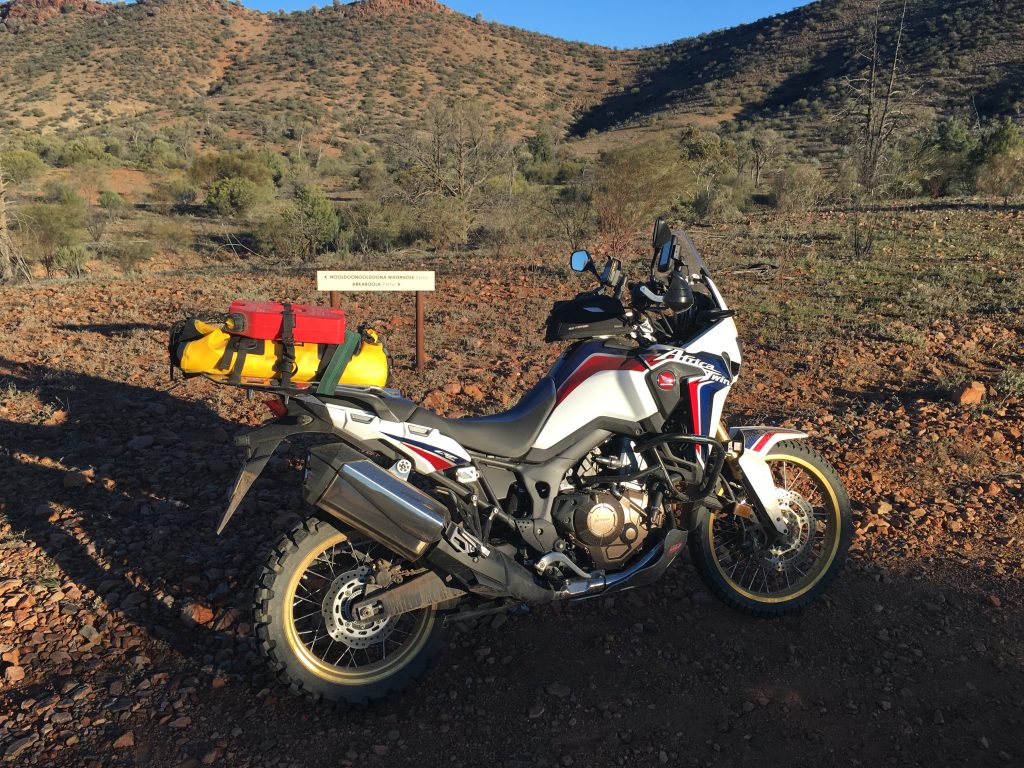 And we were glad we did.  It was a fantastic spot and the walk to the waterhole from where we needed to park the bikes was good for our fitness to say the least.  But once there… wow! 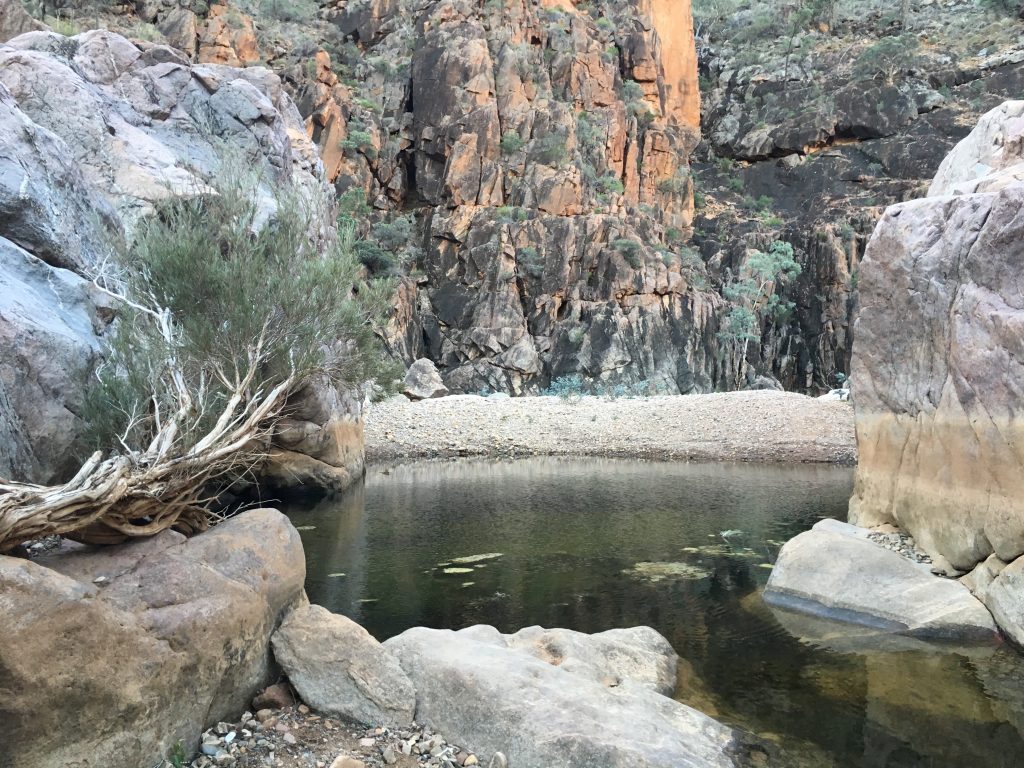 After soaking up the views of the waterhole we rode back towards Arkaroola Village, stopping at the Pinacles a touch late for the spectacular sunset view of it, but you’ll get the idea from this 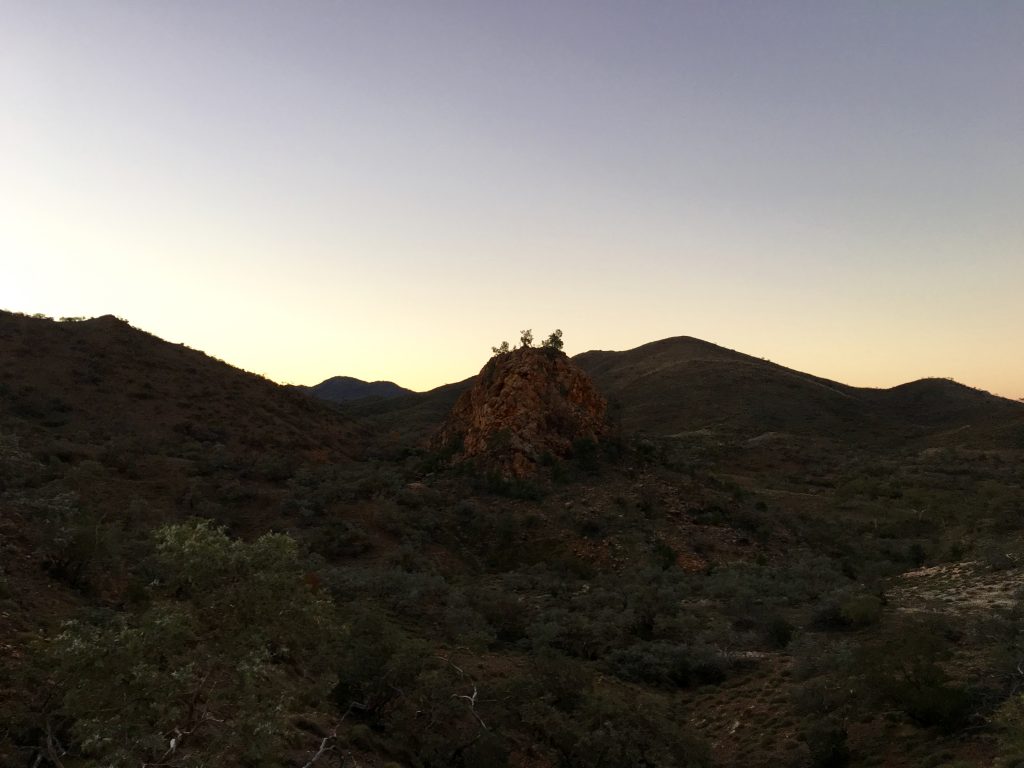 From there we rode back to Arkaroola for dinner and a debrief followed by a loose planning session for the next day. The food as great and despite being in the middle of nowhere the restaurant was full of people having a great time.  I’m definitely going back there.