After abandoning a 100CCC attempt yesterday Rob and I didn’t rush to start today. We kicked it off with a breakfast in a Mexican style diner at Fabens, Texas. Eggs, salsa, hash browns yum!  There were a group of locals playing a dice game on a table nearby, certainly a different feel to the diners I’d been in in California. Here’s Rob enjoying his omelette. 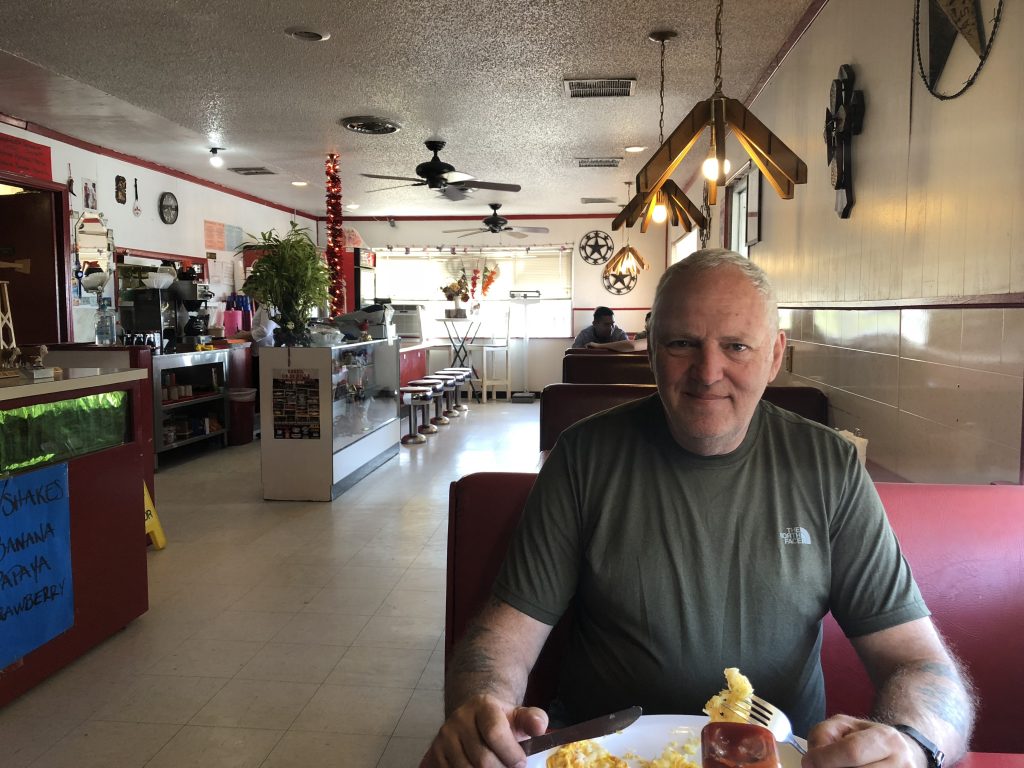 Rob had managed to find a motorcycle store tyre place in El Paso that was open and had a rear tyre that would fit his GS1200 so we packed the bikes and rode conservatively there. Nancy, who ran the store with an iron fist loved a chat and I think she was the only person in the store who’s English was conversational. Rob picked a tyre and we went walking looking for some coffee while the tyre was fitted. Rob left instructions that the rear axle was to be torqued at 60psi, I’ll get back to that later.

We walked a few blocks during which I caught sight of my first US fire hydrant, well it was the first one I’d noticed anyway. 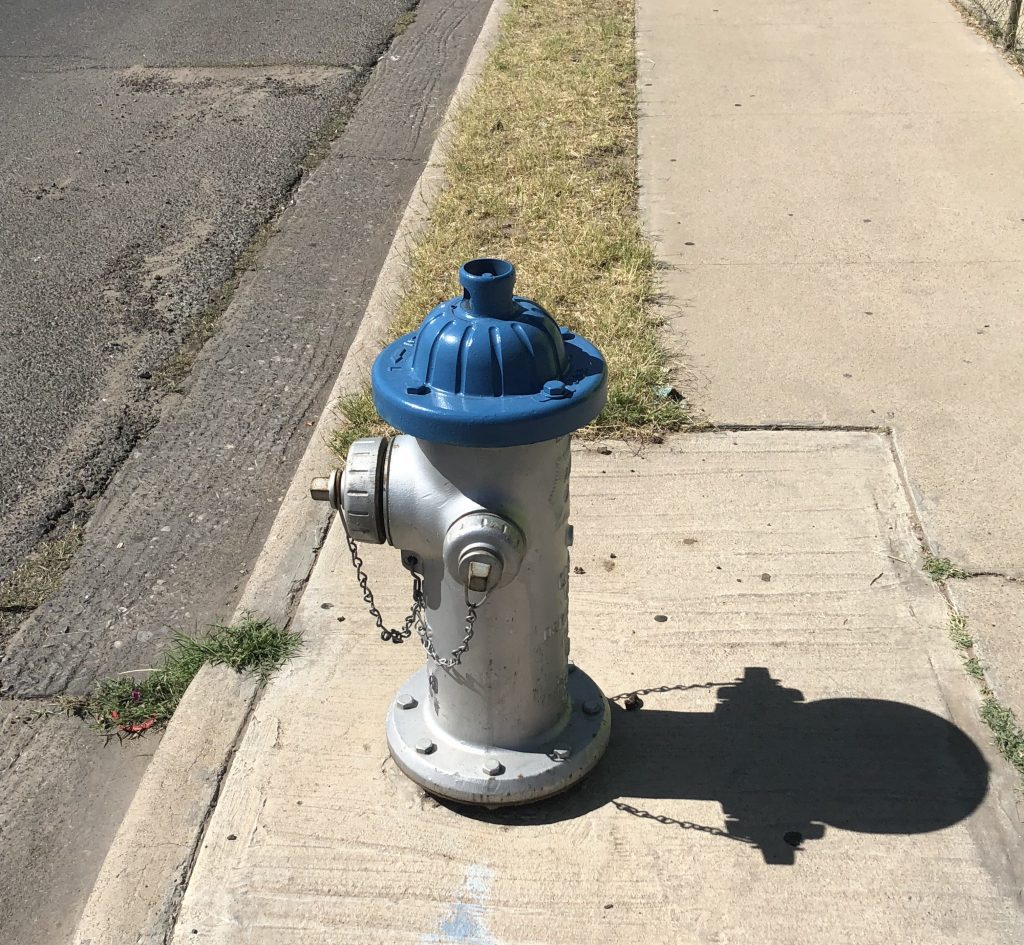 We ended up in Starbucks and were offered a taste of their on tap coffee. It wasn’t for me. We sat for a while and chatted then walked back towards the motorcycle store. A train rolled past on the way. 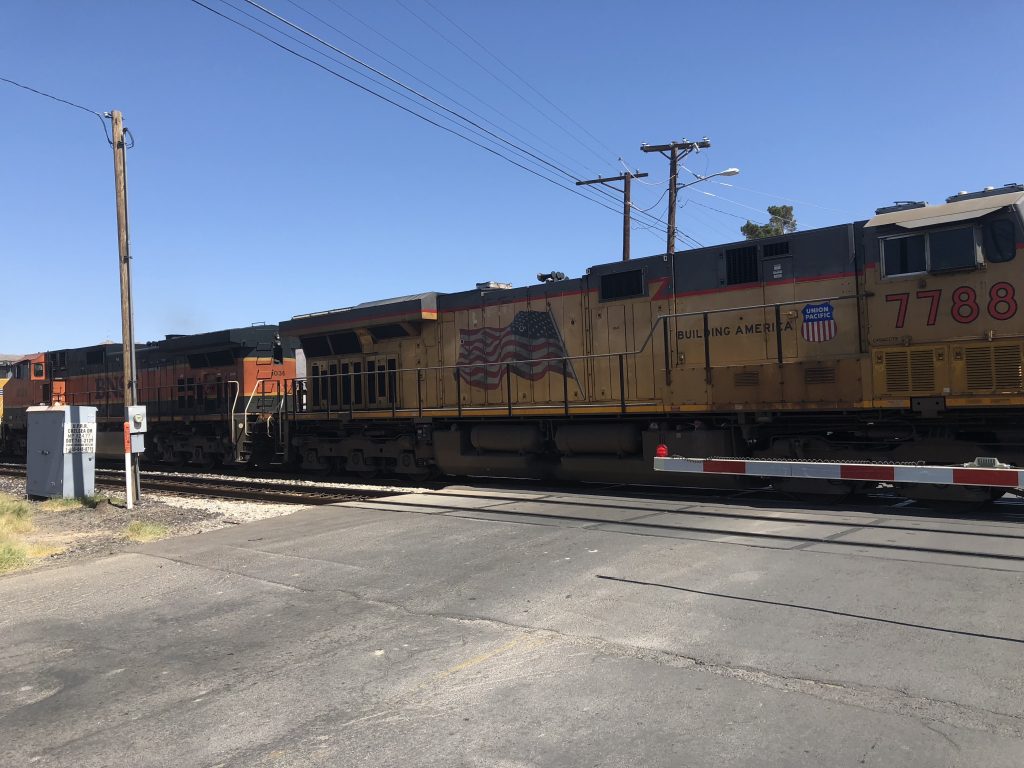 When we returned Nancy spoke to us about the torque setting being too loose and the mechanic tightened it up more. Turns out he’s heard 16 not 60psi. It took a little while to get Nancy and the mechanic to understand “60”, the torque was checked and it was 58psi. So it was sorted. It was the start of a numbers farce when Nancy was trying to record the number of miles on the bike for the invoicing/service record etc. Trying to navigate through 100’s, 1000’s etc seemed almost impossible. Eventually the 1100 miles was recorded at 11000 miles and Rob gave up trying to correct it. Nancy still wanted to chat and it took nearly an hour to get out of the shop. It was after midday when we did.

We rode through Texas and stopped for a pic at the border with New Mexico and it was back into the dust storm signs.

Rob wanted to go to Tombstone and see the OK Corral and I wanted to grab a couple of pictures of the Trading Posts along the Interstate that seemed mostly to be run by Bowlins. I don’t really get what they were there for although they seemed to sell a lot of Native American crafts etc. 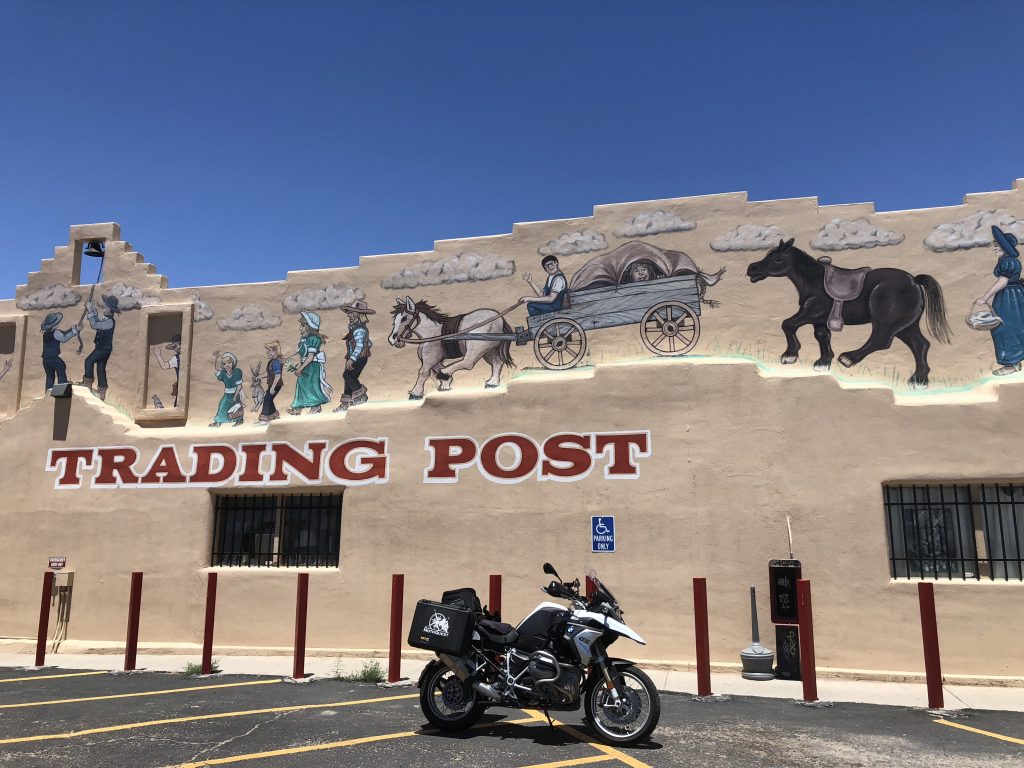 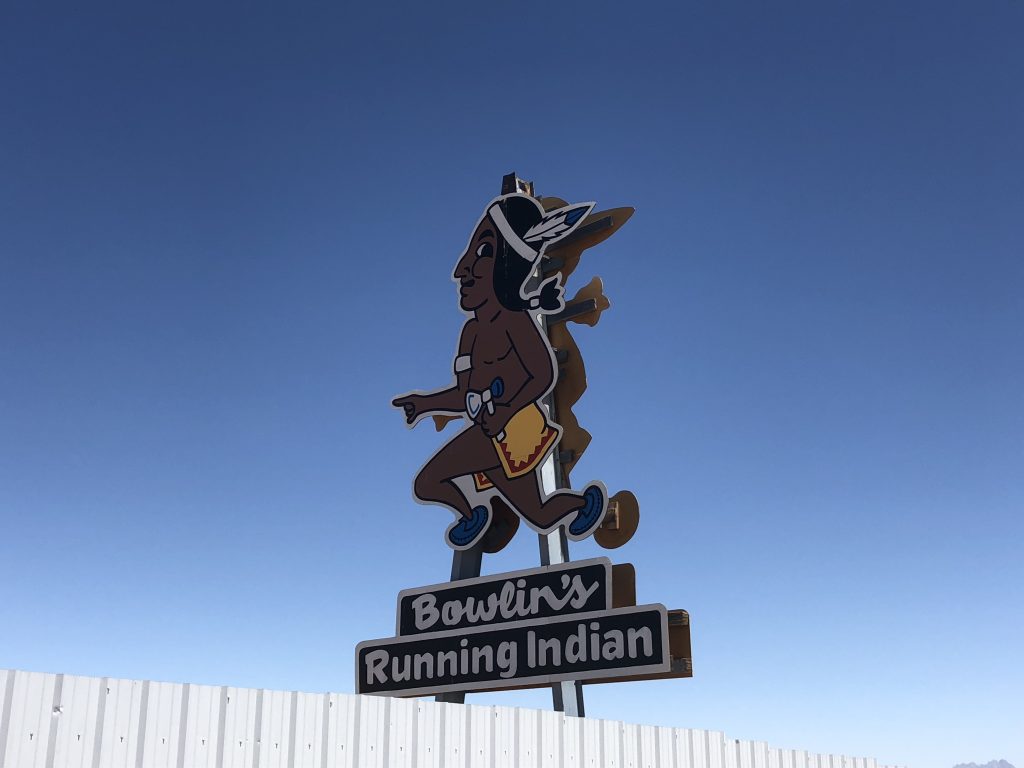 We were running a little low on fuel and turned into the next trading post, that didn’t have fuel as it turned out. While we were stopped a couple got out of a car and the woman, Audrey started talking to me. At the time Rob and I were connected via our bluetooth intercom.  Audrey asked if we were Trump supporters.. her demeanour suggested she was and I didn’t want to disappoint her. Rob was asking me what was going on.  I said “Although we are from Australia, of course I am a Trump supporter, and my mate over there, Rob, is one too!” Rob said something over the intercom I can’t quite recall.

Next minute Audrey had signs out and was having her husband take photos of us. Audrey had an interesting story and before she left she wanted to pray for us (and Donald Trump) so for the second day in a row on the road prayers were said for us.  While all that was going on someone from the Trading Post ran out and took our picture for a local publication but declined to say which one. Maybe we are on Donald’s nice list now. 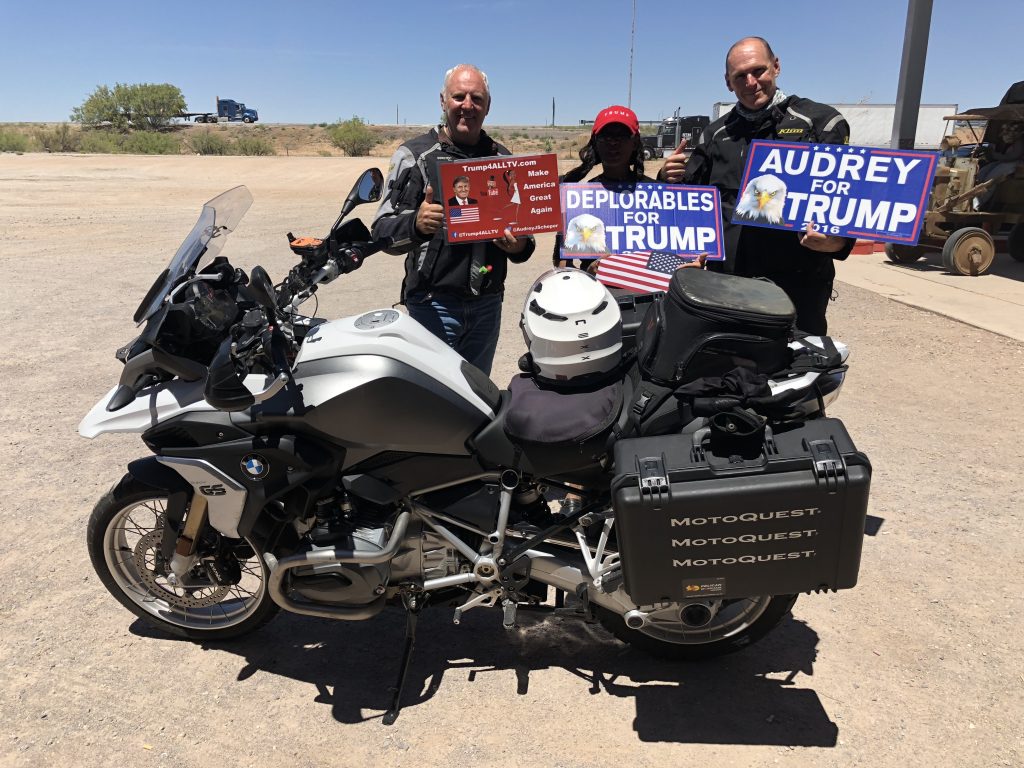 We took a pic of a big wig wam (is that right?) nearby and hit the road finding some fuel not too far up the road.

We then settled into freeway riding at IBA pace and made our way to Tombstone arriving about 4.30pm. Sadly we missed the last re-enactment of the Gunfight at OK Corral for the day but we had a good look around and chatted to the locals, many of whom wore period costume. 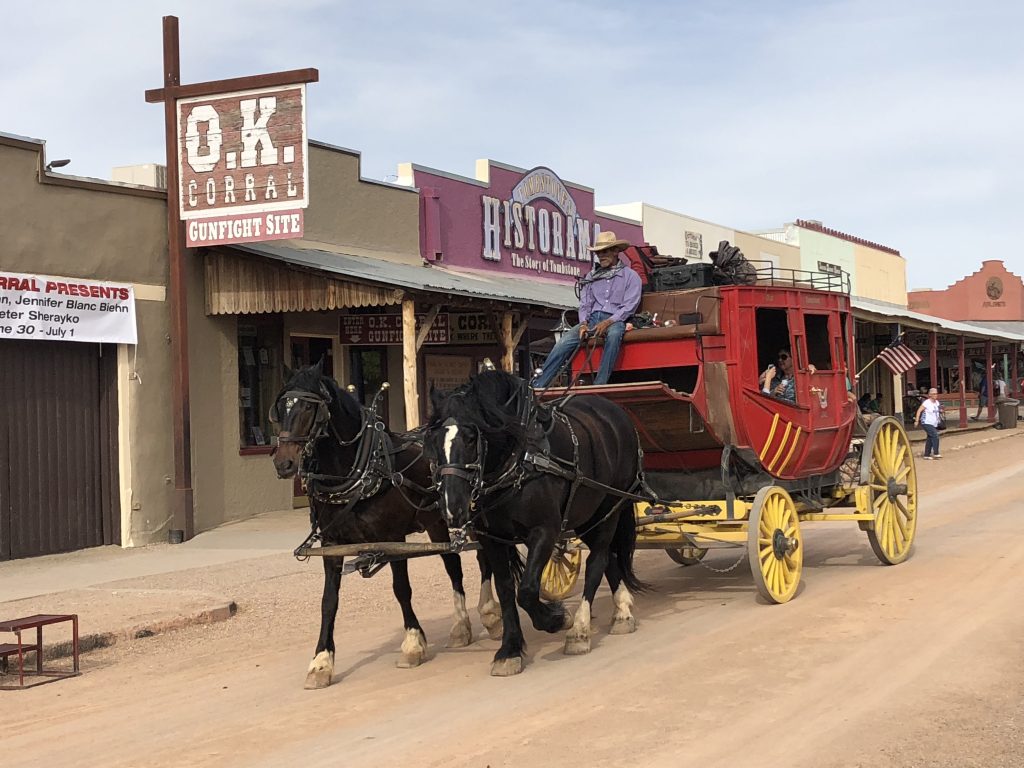 There were stage coaches, mule teams, it was touristy but pretty cool actually. Much of the town was destroyed by fire way back but has apparently been rebuilt faithfully to pictures etc that were available. 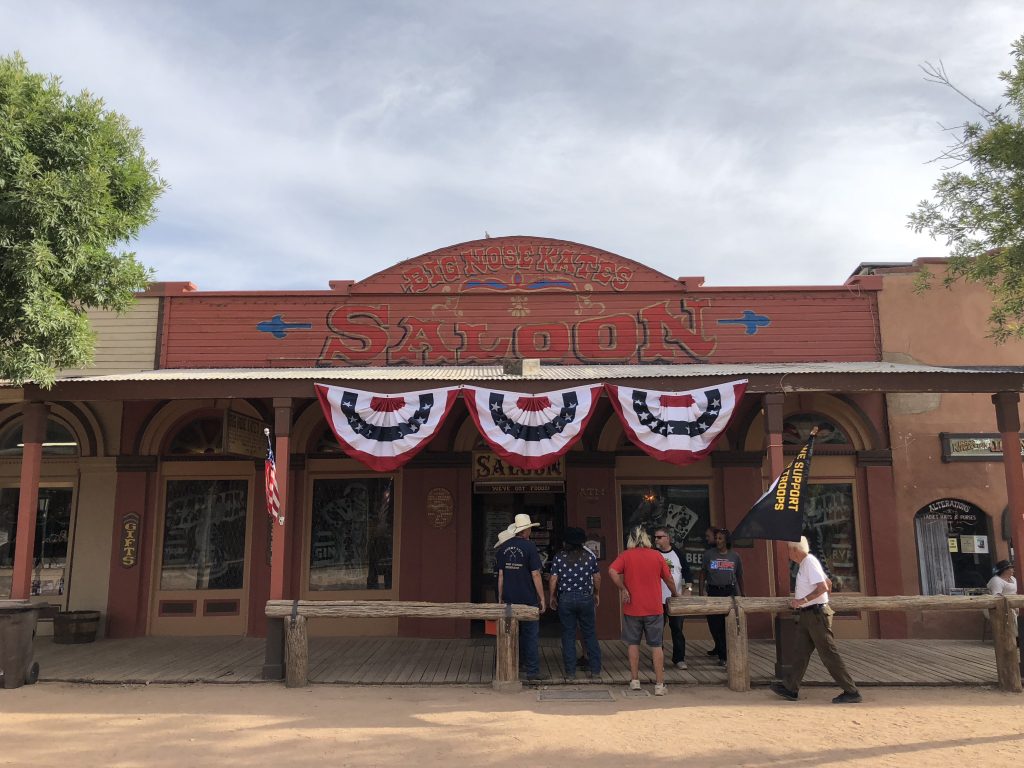 Some of the original buildings, like the Birdcage Theatre still stand.  the locals were keen to be photographed and to provide information about the town and it’s history.  Shopping now though is all food, beer and souvenirs. 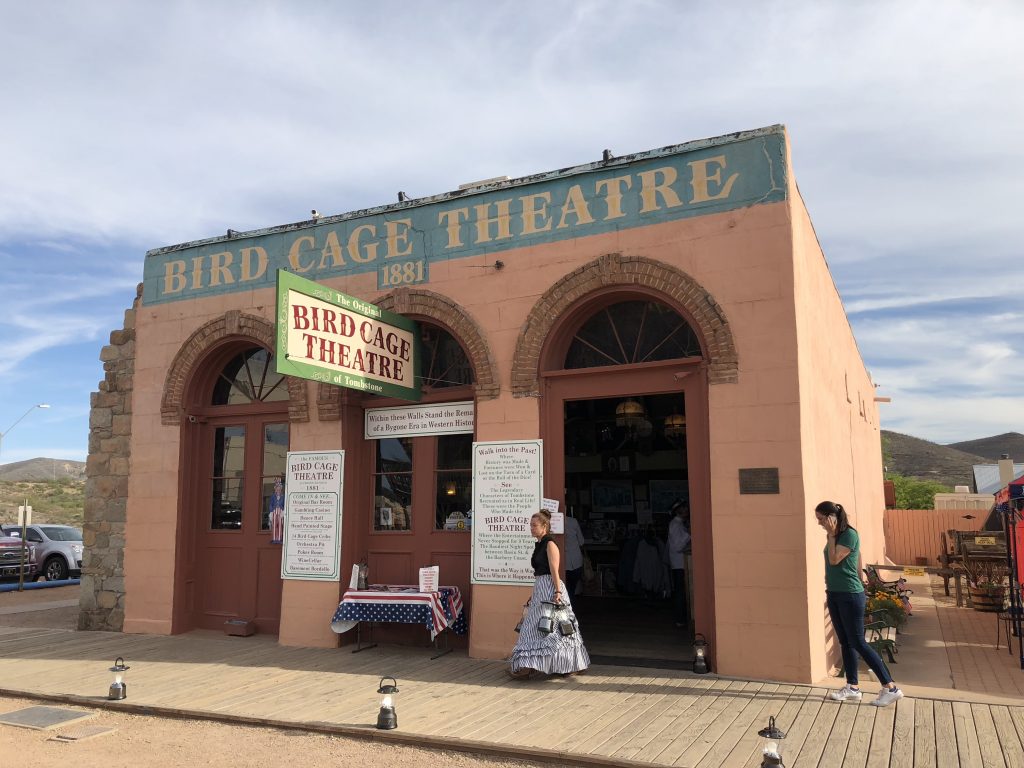 We stopped by Boot Hill cemetery on the way out of town but opted to take a pic of the sign rather than pay the cash to look at graves. 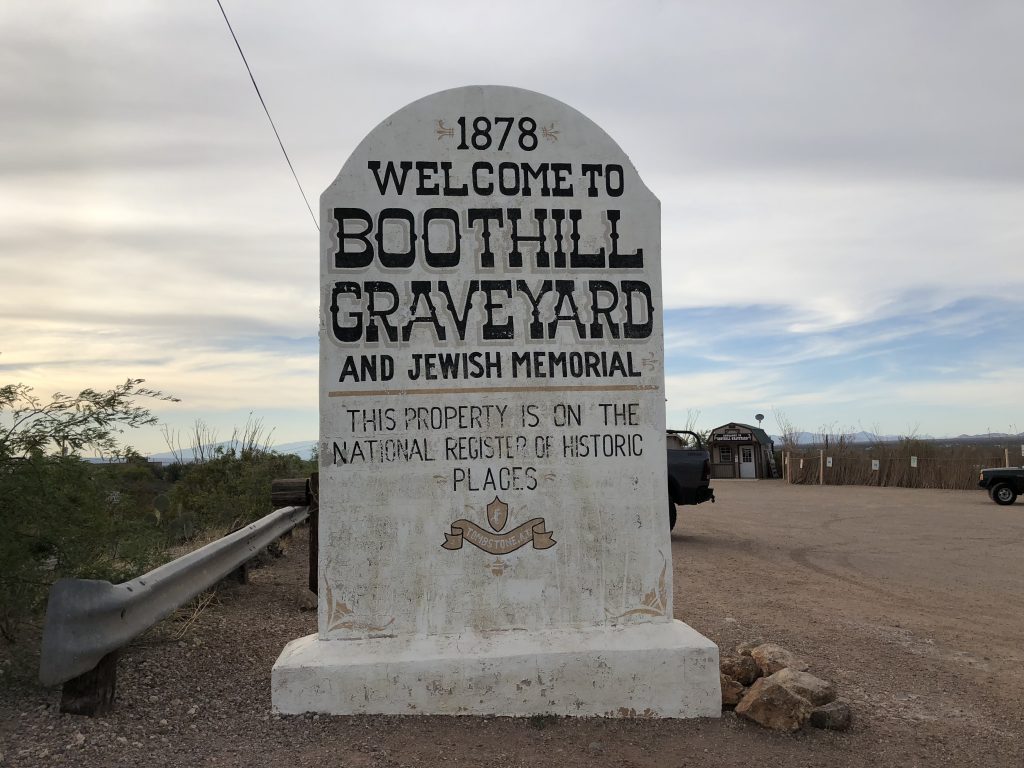 Then it was heads down and wheels up back to the I10 riding towards Phoenix, Arizona back through Tucson. The I10, then the I17 were just interstates. Plenty of lanes and fast moving traffic. Easy riding now we were well used to them.  Not a riding nirvana and if you like flat land with mountain ranges in the distance you would enjoy the scenery. The sunset was spectacular however with some mountains in silhouette with the sun setting behind them. Unfortunately there wasn’t anywhere safe we could stop on the interstate to photograph it so we just had to enjoy it live.

We stayed at the Premier Inn in Phoenix, $59 a room. A bargain. And had dinner at the Texas Steakhouse, a huge plate of ribs and all the peanuts you could eat with icy cold beer to put an end to the heat of the day and discuss the plans for tomorrow. 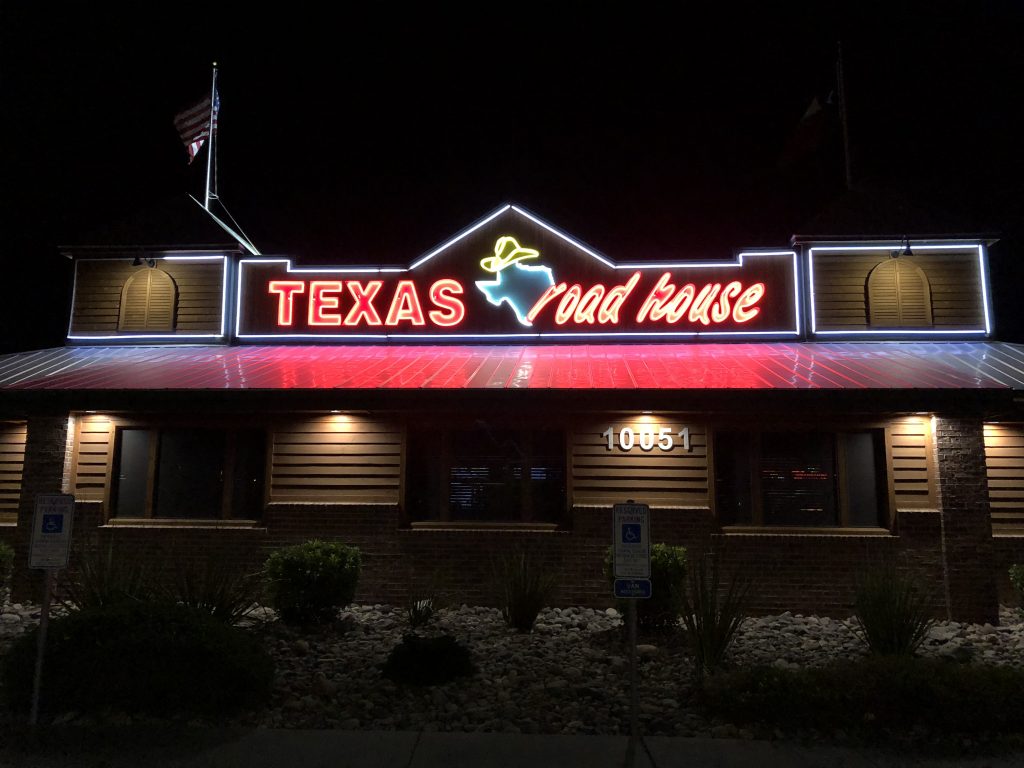 Despite having to get the new tyre and taking time to be tourists we still managed to ride 530 miles (850kms) for the day, a testament to how easy it is to rack them up in the USA.