We had no clear plan for the day other than to see the Grand Canyon which was only 219 Miles (350ks) from our hotel in Phoenix. We took our time getting ready, not helped by me locking the keys and some of my gear in the room, derrr.

North on the I17 for breakfast and fuel at Anthem AZ. I lashed out and tried a Macas breakfast burrito (maybe two) which were surprisingly OK. Continuing north we rode to Flagstaff where we stopped briefly to orient ourselves and turned onto the I40. The I40 in this area is also part of the Route 66 and saw signs relating to it on along the way. Soon after though we turned onto State Road 64 towards the Grand Canyon. The day had started to get cooler as we made out way north which was nice after a few solid days of heat. However the wind had also whipped up.

We stopped for fuel on the way in at an interesting stone, fossil and mineral place with some fun sculpture/art out front. 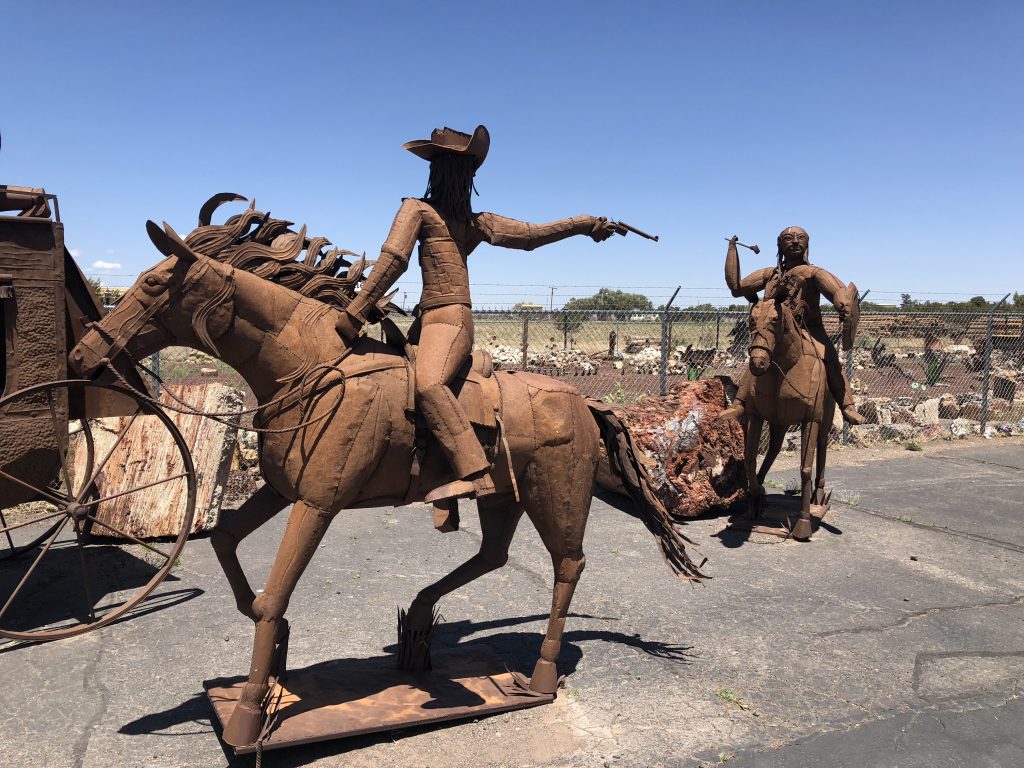 The wind was strong, I suspect the horses on the ground were a victim of that rather than an intentional installation. 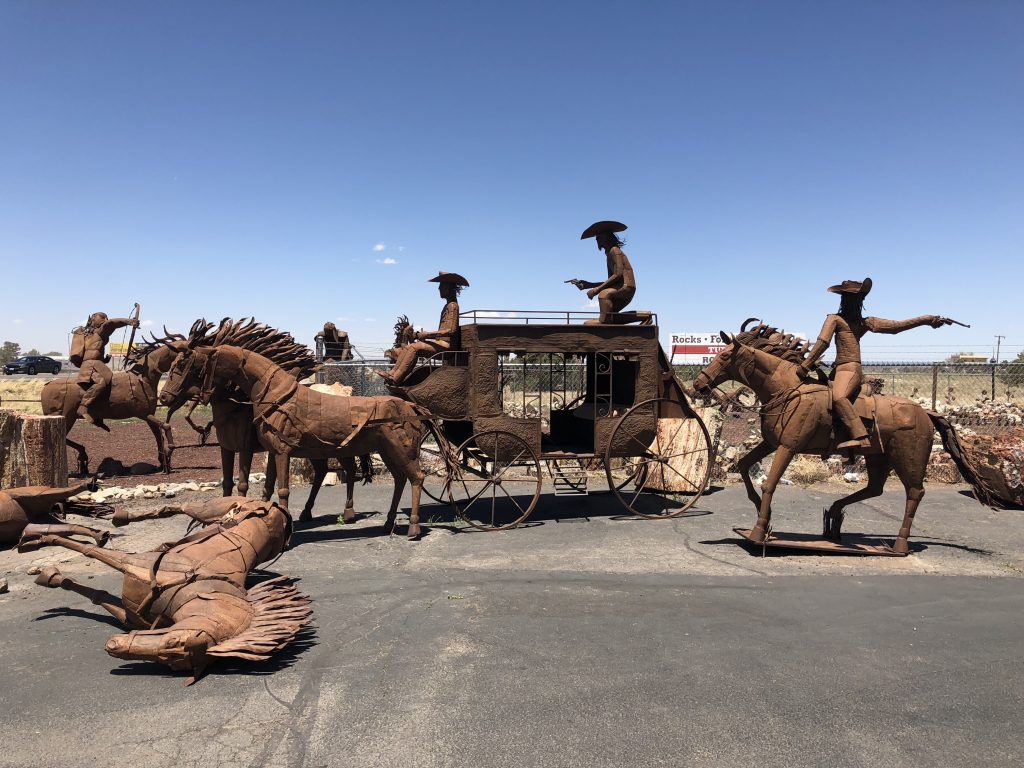 I don’t know if it was because it’s was the Memorial Day weekend or if the Canyon is always busy but we were grateful we were on motorcycles because despite having to queue for a while to pay the Park Entrance Fee we managed to squeeze into some space close to the Visitor Centre on the South Rim. The car park was otherwise full with people driving aimlessly around trying to find somewhere to stop.

We decided to bypass the crowded Visitor Centre and follow the signs straight to the rim.  Wow, it’s a big hole. Rob and I took a bunch of photos from various locations in that area. It’s impossible to take a photo that does justice to the views. 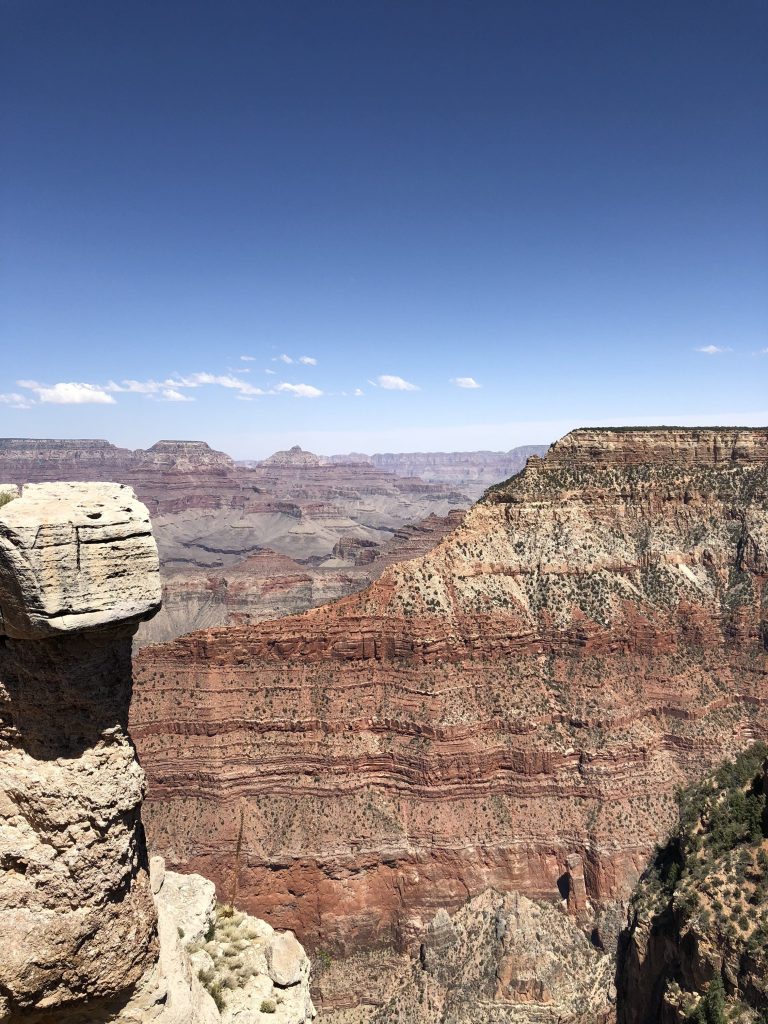 The most startling thing though was that people were leaving the pathways around the rim and climbing out onto the rocks right to the edge of the canyon to take photos in the most precarious locations they could find. Absolutely not my cup of tea and I’m sure in the nanny state we have here in OZ it’d be all fenced off and wouldn’t be allowed. The area in the photo below was fenced off yet still people would climb over. 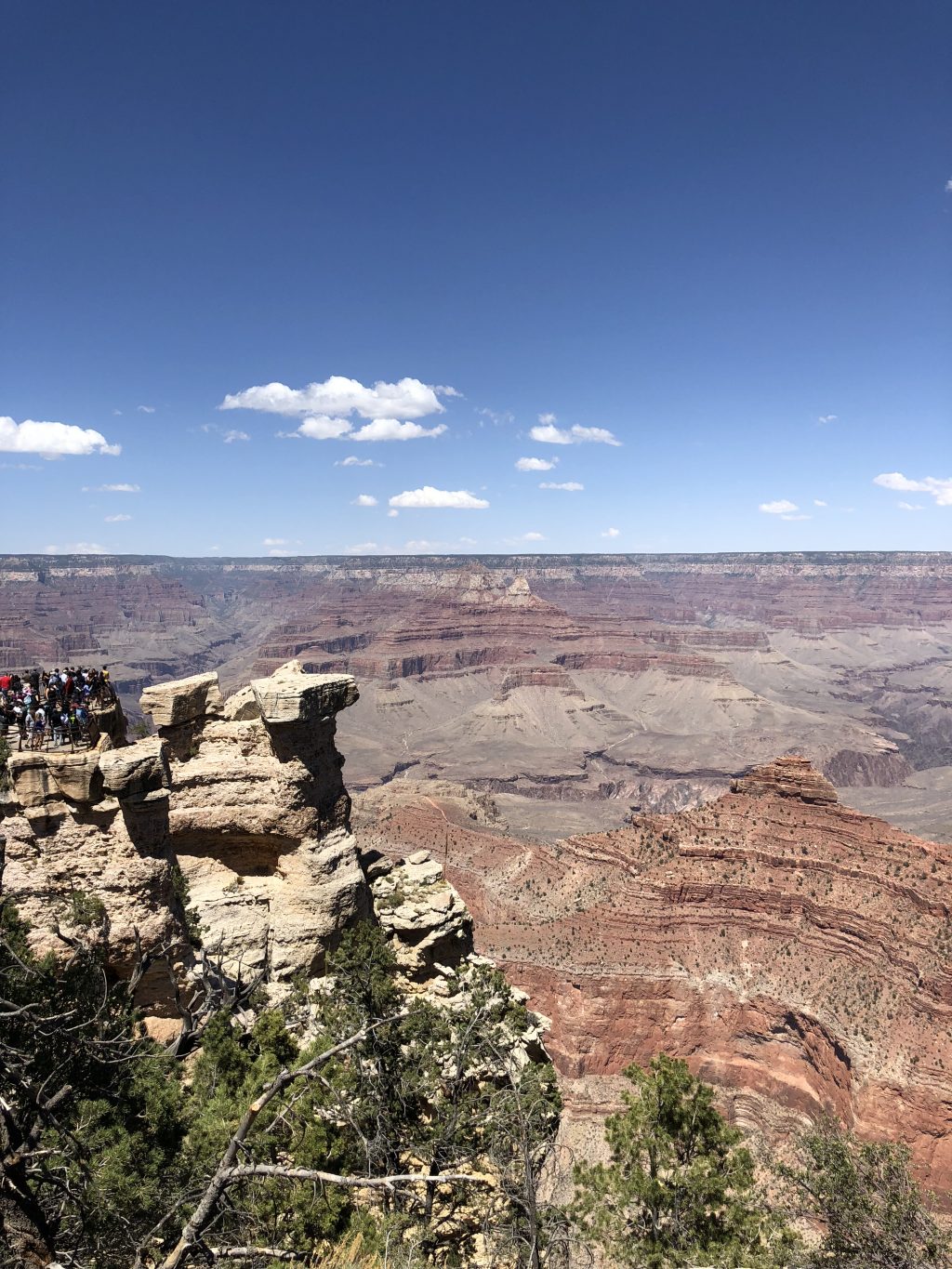 We rode down to the Yavapai Geology Museum and tagged along on a walk and talk given by one of the staff who told us about the various formations and layers/colours in the canyon walls. 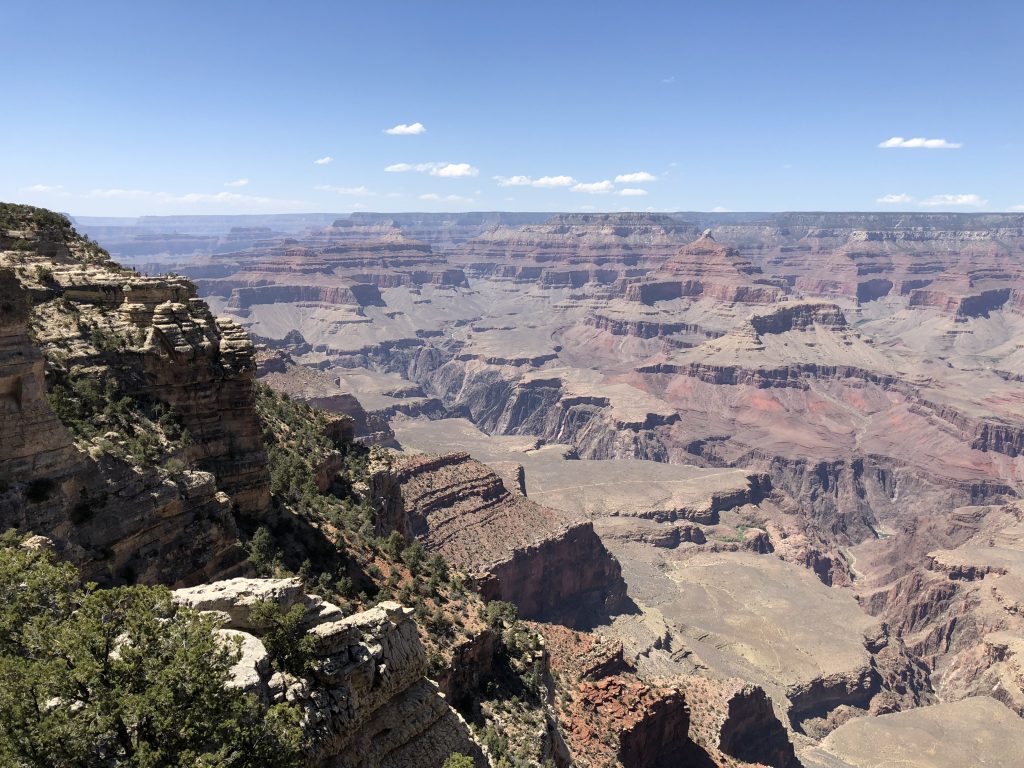 It was really interesting to know that much of the deposition and rock formation had occurred while the area was under water and that it had been pushed up.

There wasn’t as much visual variety in the Grand Canyon as there was at Death Valley, after a while it all started to look the same. Then hunger took over from the experience. So we went back into town, ate and made a loose plan to head towards Las Vegas.

Back on the I40 we saw more signs referencing Route 66. The weather had cooled slightly and we made our way to Kingman. We arrived at Kingman just after dusk, rolled through most of the town and stopped for fuel, noticing that there was a commotion and police presence at the turn off on Hwy 93 towards Las Vegas.  The gas station attendant told us that the road was blocked because of a high speed pursuit that was taking place and was also being televised.  We’d done over 600k’s for the day so I suggested we look for somewhere local to stay the night and go and have dinner.

Rob agreed however Kingman, being a common Route 66 Stop and in the middle of the Graduation period was just plain full despite the large amount of accommodation options in the area.

After exhausting the options there was nothing for it but to book a room online in Needles and ride another 100ks. It was after 10pm when we arrived and there was a queue of people at the Hotel we’d booked, some of whom were turned away because it was booked out too. We were grateful we’d booked online!

After a while we managed to check in and went looking for food. Needles was pretty much closed except for a Jack in the Box which was really just a low end fast food joint.  There were some dodgy people outside because it was the only place open so we needed to keep an eye on the bikes while we ate and chatted. Las Vegas was off the cards now so we decided to high tail it back towards Long Beach with a fun detour on the way tomorrow.

We didn’t have far to ride today so we didn’t rush packing the bikes and enjoying the buffet breakfast included with the room. By the time we let it had warmed up some but the sun was out and it was a nice day to be riding.

We cruised along the I40 towards Barstow then started to head south west as it merged with the I15 which we stuck with until Cajon Junction. We fuelled up there, had a quick snack and after a few days of mostly freeway riding were really looking forward to hitting up some twisties. We turned onto the Angeles Crest Hwy at Mountain Top Junction, rode through Wrightwood and let loose a little as the road started to rise quickly and the curves became tighter.

I’d not ridden this end of the Angeles Crest when I was in this area last time. There were plenty of photo ops and we took a few.  I knew somewhere up ahead was Newcomb’s Ranch which would be followed by some equally good fun riding back down. 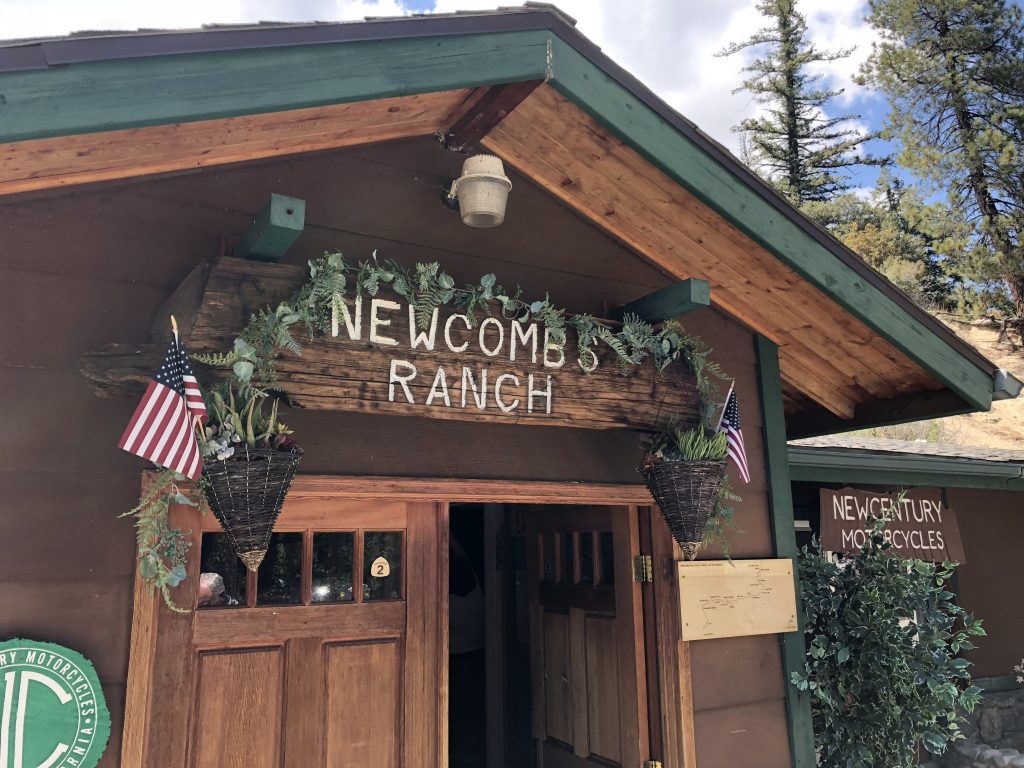 It wasn’t too long before we found it and stopped for a coke and to enjoy the variety of bikes parked outside. 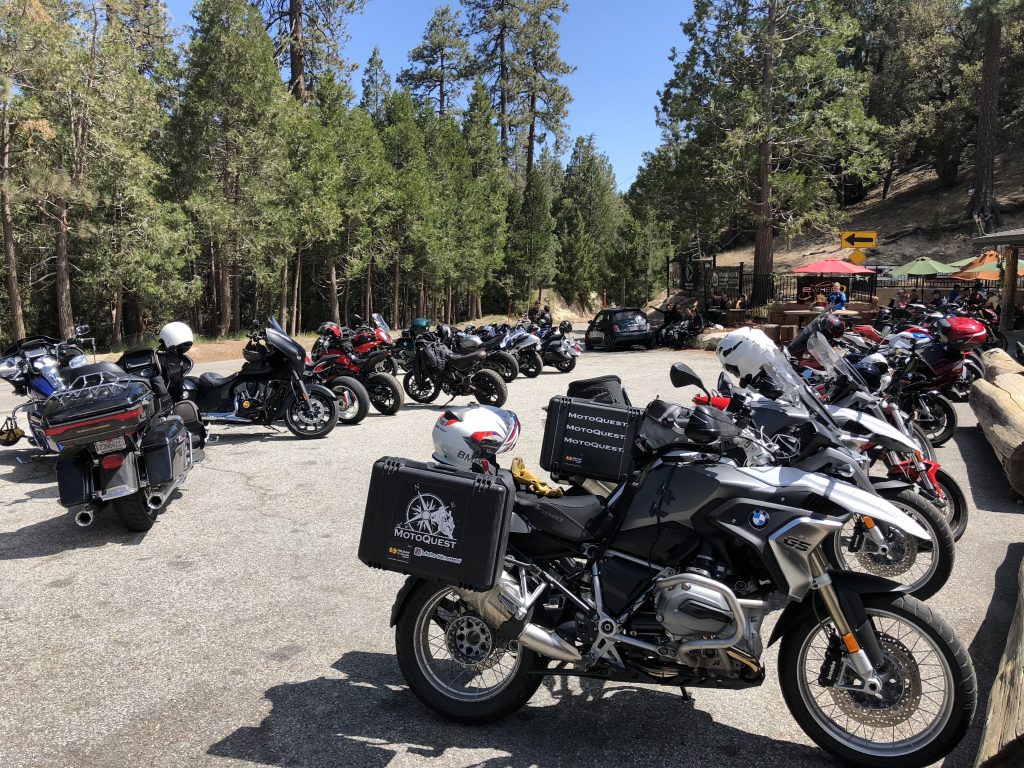 Then it was fun and games downhill where we caught up with a group of sportsbike riders who were out for some knee dragging fun and didn’t seen to mind that a couple of loaded up GS1200’s were pushing them along. That’s LA in the haze in the distance. 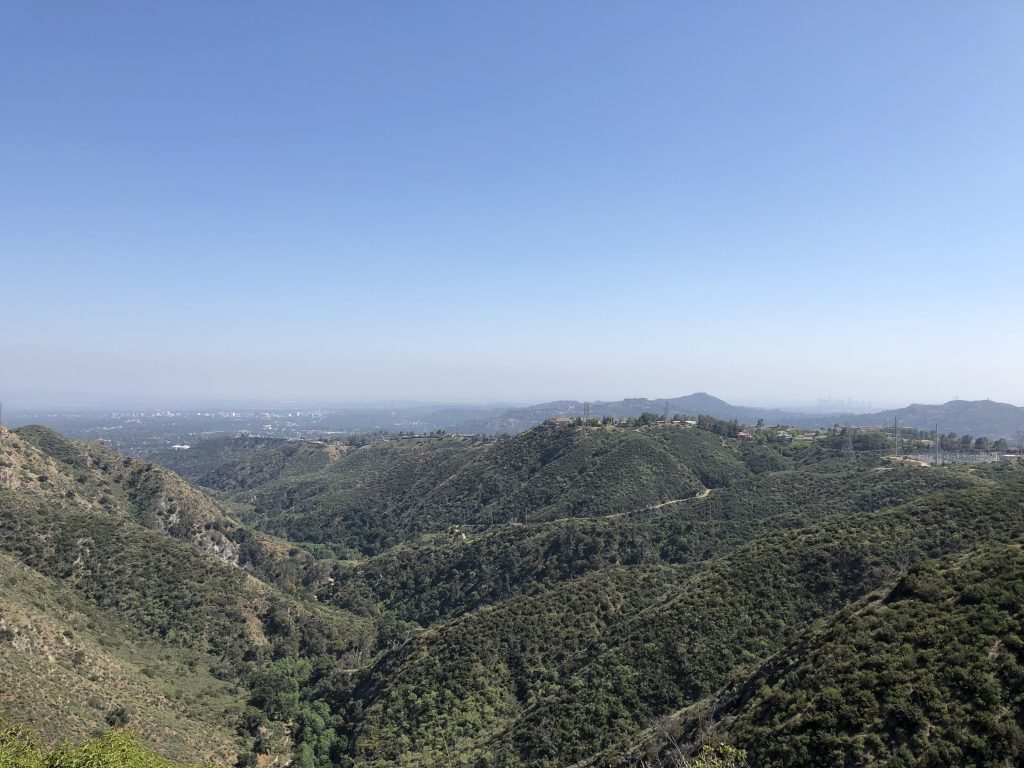 All too soon we were back on freeways heading towards Long Beach.  The ride in was simple and uneventful, Google Maps was pretty good at navigating through the maze of freeways and exits.  We checked into the now familiar to me Cove Hotel, did a washing expedition and then walked up to the local pub for a beer and across the road to Buonos for some very decent Italian for dinner. 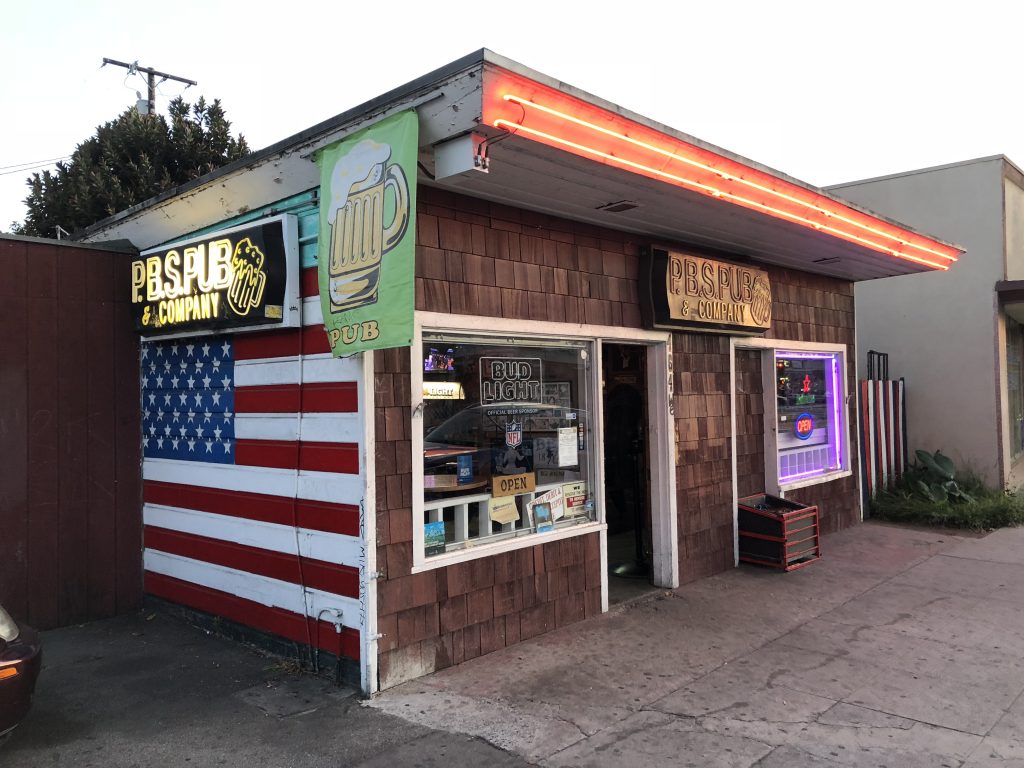 The next day it was time to return the bikes to Motoquest and hang out in Long Beach, which was actually quite fun. 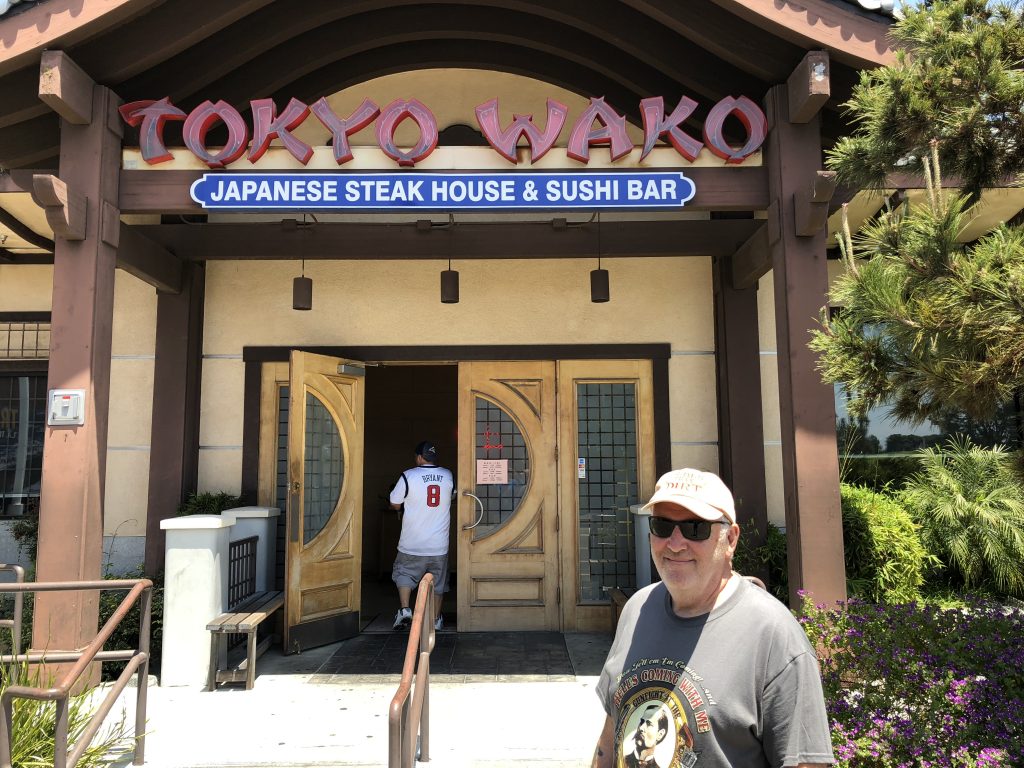 We say the queen Mary from a distance but decided to head to a bar rather than go through the inconvenience of getting to the other side of the bay. 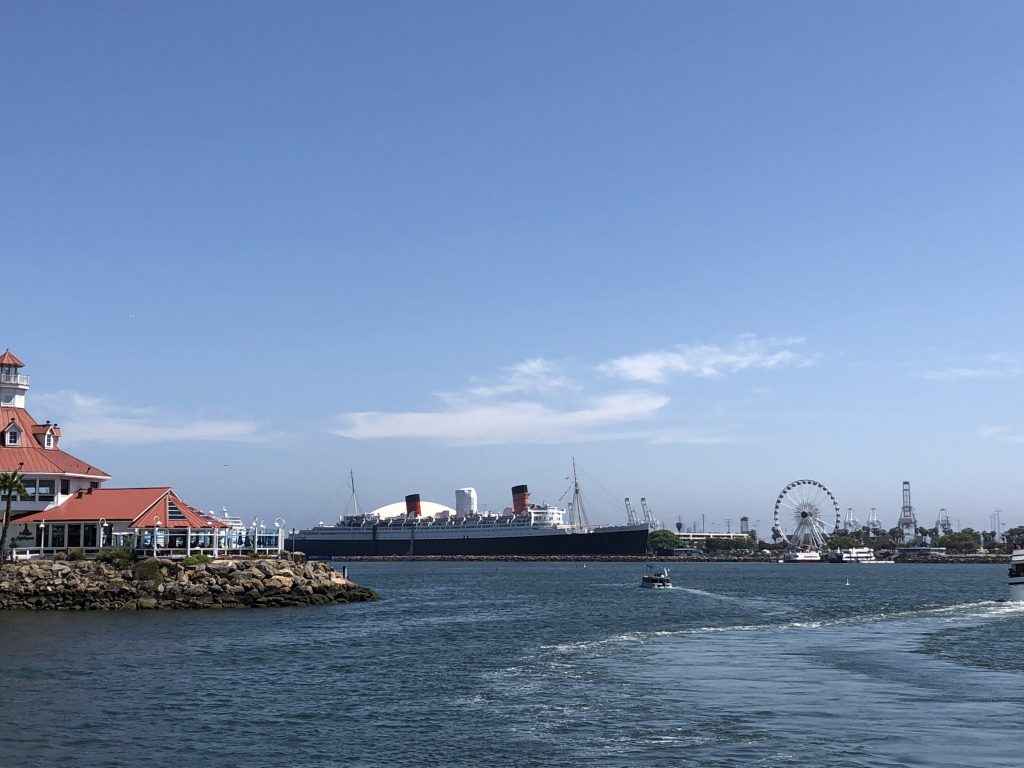 Ultimately we hit the Alaska Airlines Lounge to wait for a red eye flight to Anchorage to start the next part of the adventure. This marked the end of 8 days straight riding around California, Arizona, New Mexico and Texas. Lots of freeway and lots of hot weather but some amazing things to see.  I was, however,  looking forward to a change of scenery.