Well, today was the day.  After a hectic few months and delays (my fault) getting the bash plate etc for the Honda Africa Twin I finally had some time to get a bit of dirt on it.  I also got a chance to try my new AlpineStars Tech 7’s which caused some immediate concern requiring an adjustment of the gear shift lever so I could get them under the lever to change up.

That sorted, a blast out the Link Road turning left towards West Wallsend then through Seahampton, around Mt Sugarloaf winding my way to Mulbring.  After that I found Sandy Creek Road and took a left onto Heaton Road to head up into the Watagans.  At the start of the gravel I stopped to turn the traction control and ABS off.  The ABS is obvious, it took me a bit to find how to turn the traction off.  I should read the manual one day.  As it turns out it’s simple and you can do it on the run. It’s a little switch just above the clutch lever, click it between modes and hold it in to turn it off (and back on). Awesome.

This was my Africa Twin’s first taste of dirt, my recent rides up here have been on my Super Tenere.  It was significantly different on a lighter bike with bigger wheels and TKC-80’s instead of Heidenau K60’s.  Don’t get me wrong, I love riding the S10 up here but it’s sooo much easier on the AT.

I didn’t have a whole lot of time so I decided just to visit a couple of my favourite spots.  First up, Heaton lookout. 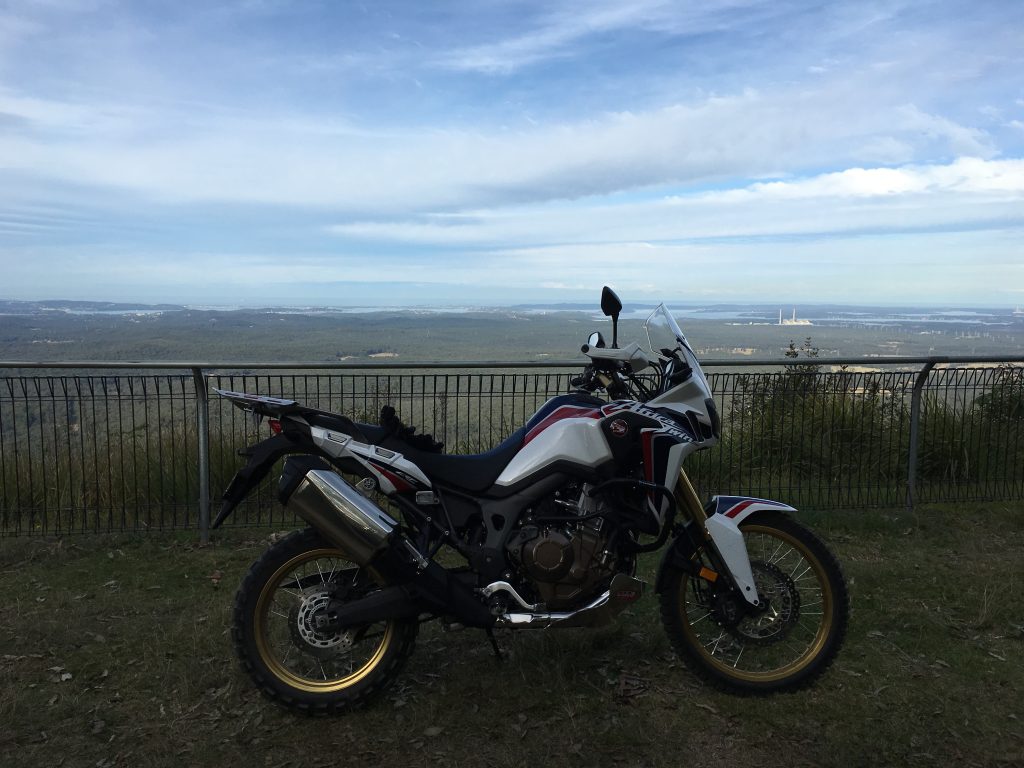 I then continued along Heaton Road until it got a bit steep and gnarly for the AT’s first day out. 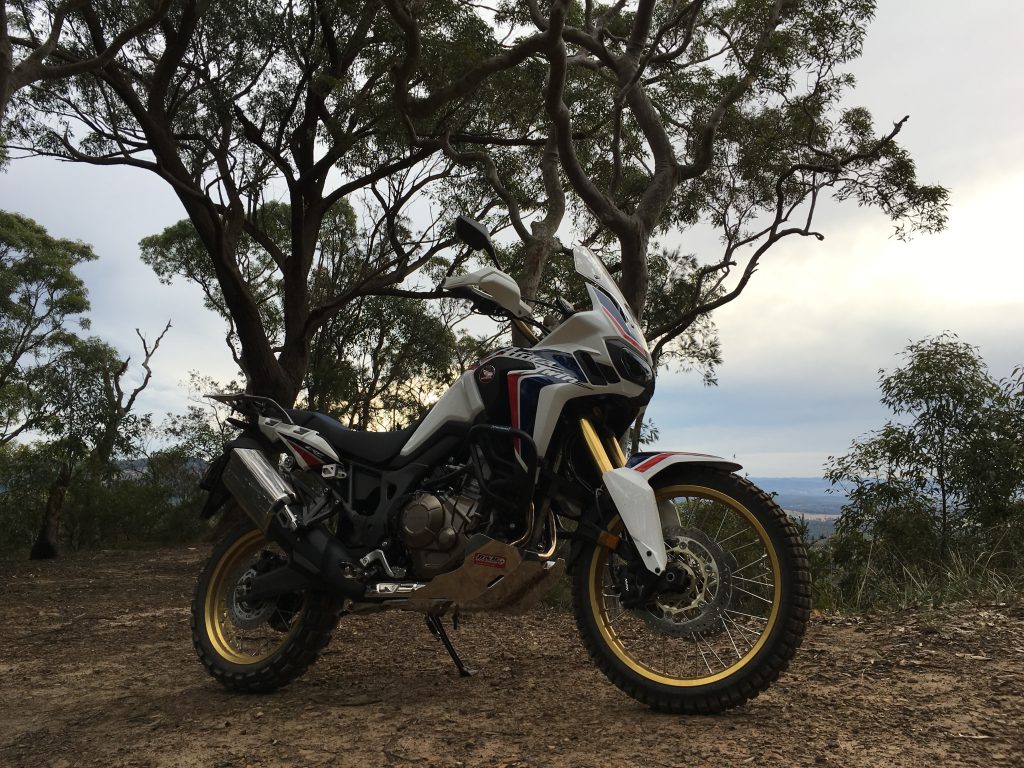 Heading back on that track I found this magnificent view (I don’t get tired of the views up here. 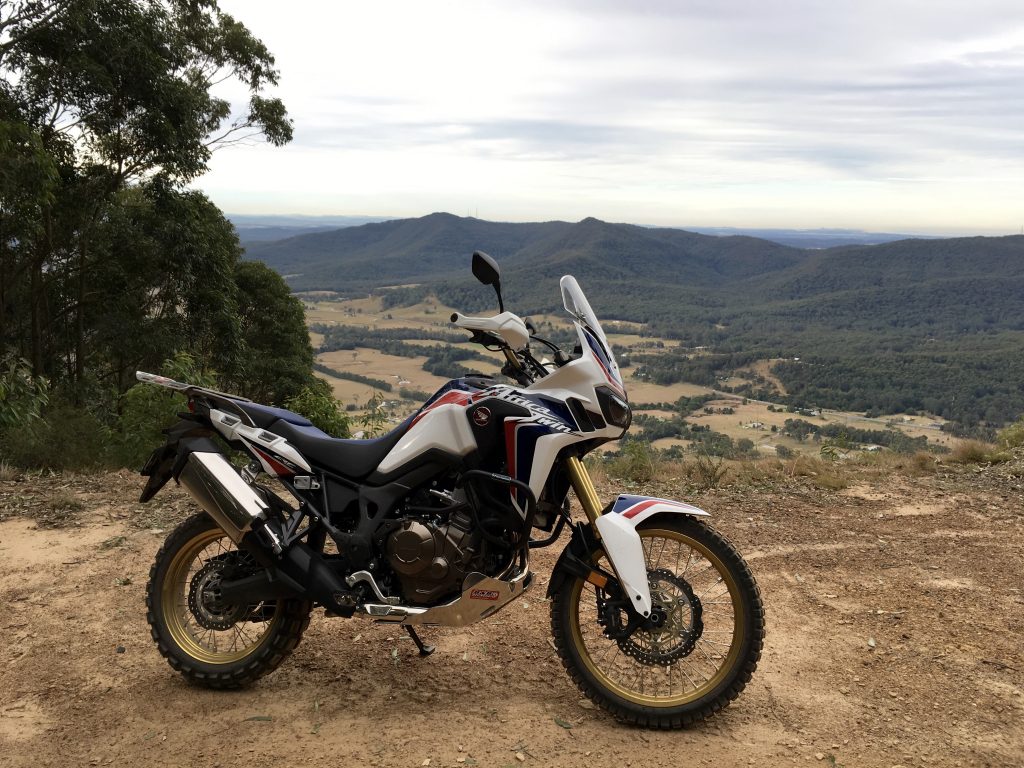 And after Heaton Road I took a detour to check out Monkey Face Lookout. 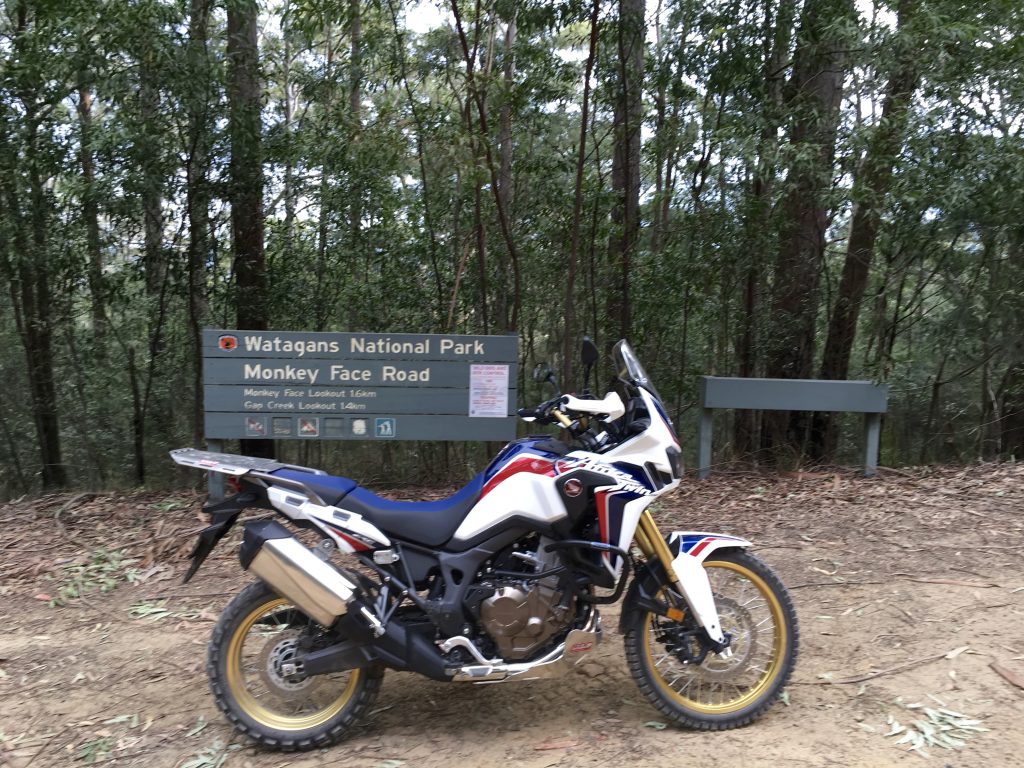 There was some mud about, a few ruts here and there but the roads were all pretty good.  Standing on the pegs and riding the Africa Twin was simple, it’s light, the suspension is great and there were no strange “moments” on the dirt or in the mud.  The throttle is a touch more sensitive and the motor more punchy down low than the Super Tenere so I needed to be a little more delicate with the throttle hand.  No probs there at all.

The motor pulls from low revs very smoothly and without question so feathering the clutch and being tricky on the steeper bits was almost unnecessary.  Honda have done a great job with this bike, they truly have.

I didn’t ride it far enough, nor in enough different conditions for a full review. However the taste I got today made me even more keen to get the first service out of the way next week and give it some serious dirt time.