I had 300 or so k’s to do before the KTM 1290 Super Adventure became ready for it’s first service. Not far enough for a day ride but a perfect distance to introduce my youngest child to the new beast. She’s been on the Harley, the Super Tenere and the now demised Honda ST1300 before.  She has also enjoyed the fare at Grey Gum Cafe on the Putty Road.  She was dressed and ready to go before I got my boots out of the cupboard.

I decided to take the shortest route there, Hunter Expressway, Golden Hwy through Bulga, uneventful except for passing quite a bad looking accident at the start of the Golden Hwy. It had been raining for the last few days so the bends, some of which routinely have moss covering parts of the road were treated with the required respect. The KTM’s huge output was treated the same way in these areas but there were no hiccups. Once again I was impressed with the cornering ability of this bike, I had the suspension set for two passengers and even the dodgy parts of the road presented no issues at all.

We passed the Wo-Man statue but this time didn’t stop, my daughter is concerned about the nature of it.  There were some surveyors on the road at one point but other than it was just fun hooking into the bends. I was naturally very cogniscant of the precious cargo who took to whooping and laughing from time to time. There we quite a number of wombats laying on their side pointing the way as they do.  There were more of them than I’ve ever seen along there but fortunately none were on the road itself.

We arrived at Grey Gum Cafe which was pretty busy for a Monday morning with about 10 bikes and a similar number of 4 wheeled boxes. 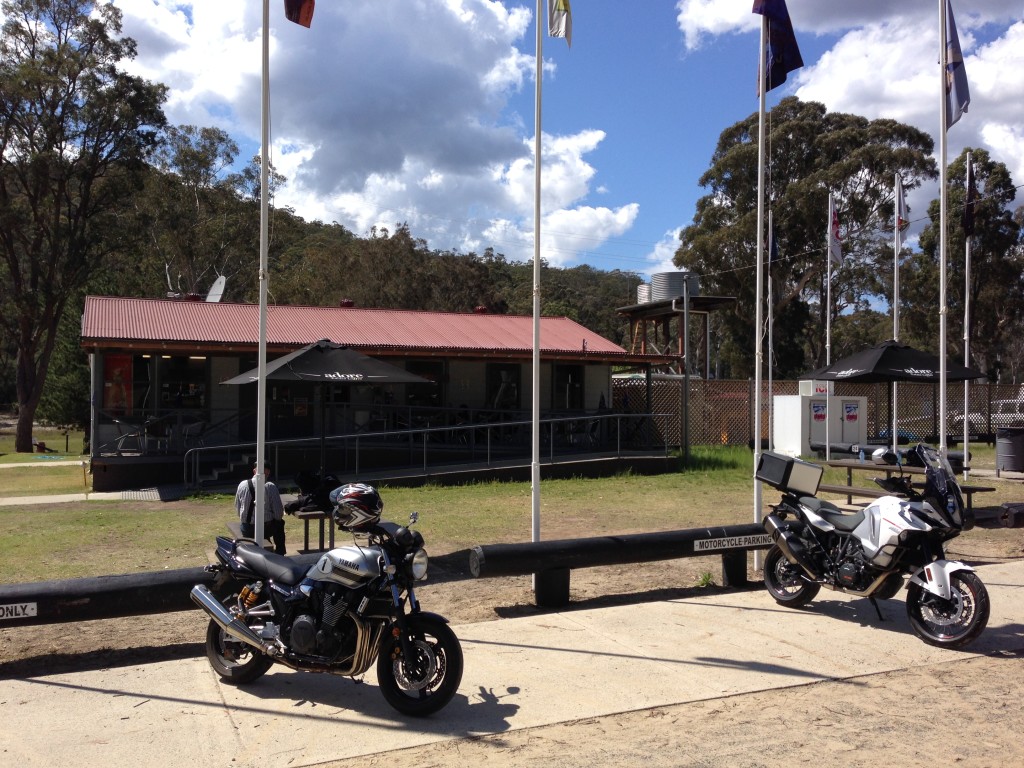 It’s nice to survey the other bikes that congregate there and chat with their owners.  It’s a very friendly, easy atmosphere.  It was getting close enough to brunchtime so a snack was in order and a caffeine top-up for me.  The Conti Attacks on the KTM showed signs of the effort they put in, here’s the rear (makes me wonder at their longevity though) 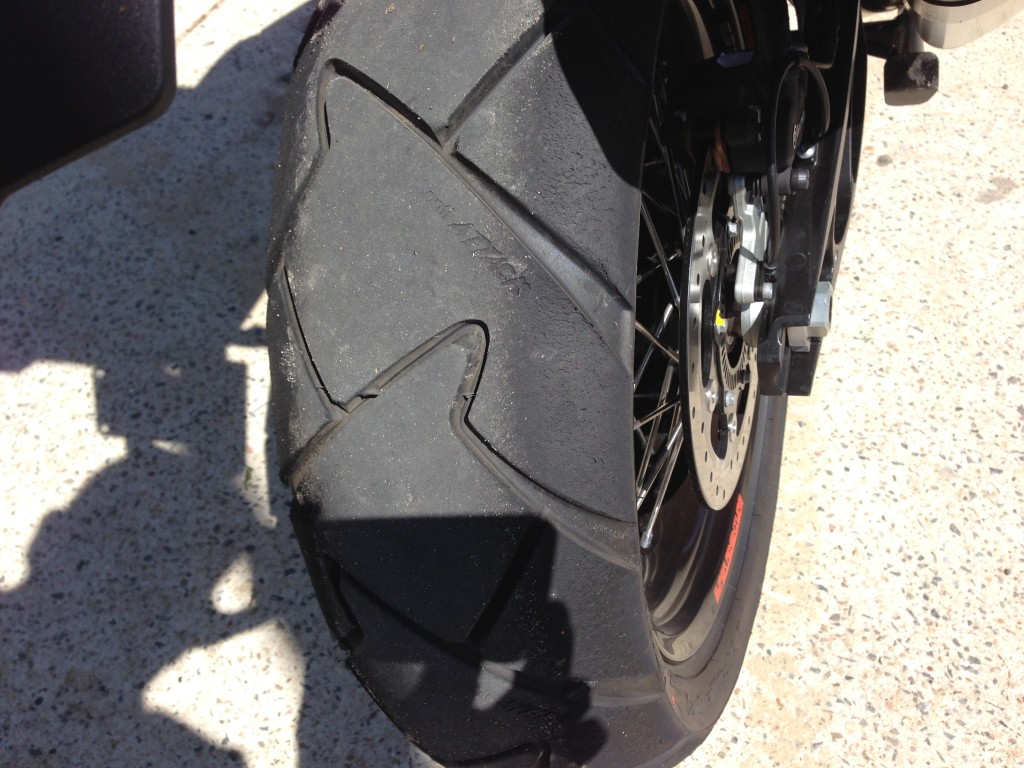 About half an hour later we left after agreeing to head back a different way to access the lolly shop at Hunter Valley Resort/Gardens rather than re-ride the whole expressway.

That plan was abandoned when we rode into a drenching shower on the bends through the Yengo National Park. Caught behind traffic we were soaked by the time we reached Milbrodale where we were to turn straight back into the rain towards Broke.  I pulled over and gave my dampened passenger the choice and she correctly opted for blue skies and skirting the deluge rather than sweet but damp self indulgence.

There are a few options to get to Broke and the vineyards along that route and we both looked for a sign that Pokolbin was being spared the rain but there was none.  So back on the slab, cruise control on and we enjoyed the drying experience of sunshine and wind all the way home. 300ks done and dusted, easy as pie. And the KTM’s booked in for it’s first service after which it’ll experience it’s first Iron Butt Ride.