A local groups of riders, the Lake Macquarie Road Trail Group, who like to ride good gravel and bad backroad tar were having a ride this morning so I decided to tag along and check out some new places not too far from home. A bonus was a chance to catch up with a fellow Iron Butt rider, Cuddles, who had announced his intention to come down from Taree for the run.

Edgeworth Macas was the meeting place for a mixed bag of 11 or so bikes that ranged from a KTM 1290 Super Adventure to a Yamaha TTR-250. After coffee we rode off, corner man system was the order of the day to keep people on track.

We wound our way along tar through Minmi, Black Hill and headed towards Cessnock where we took to the bush in the Werakata National Park. The trails were fun riding, not challenging at all.  The leader of the ride was operating on memory and as Murphy would have it, we were soon off track and uncertain of our location.  After some discussion and riding some unintended but fun trails we stepped back to an earlier position in the ride and were soon back on track. “We’ll just need to ride that bumpy bit again” Yes!

Of course there is always roadwork around to wipe the smile off your face.

Up into the vineyards was the next destination and off tar again near Tinklers Vineyard we rode up Mount Bright Road to a very scenic lookout.  I had the KTM duds on today, very orange and beige.

The group decided to split at that point, some ready for home and others looking for some tougher riding.  I decided to follow riders looking for more dirt as did my IBA mate.  I was asked to sweep, not a problem for me other than not knowing the route if people got left behind. Hold that thought.

The dirt became a little trickier heading up into the mountains  on Broken Back Trail and Bees Nest Ridge Road but not significantly enough to cause me any dramas on the Africa Twin and Cuddles, who was riding a Super Tenere, was fine too. 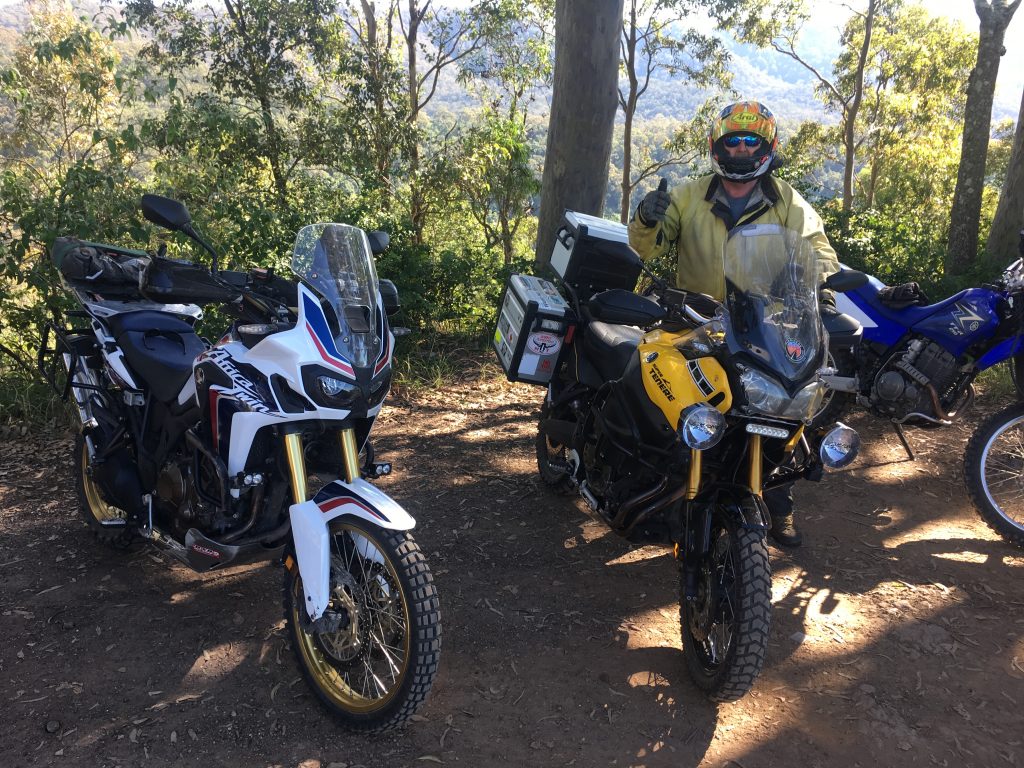 However on the more technical stuff smaller bikes got away and the cornerman system failed due to the absence of a cornerman. This left the two of us trying to work out which of the tracks at various intersections were the freshest. We got it wrong. Here was the last time we saw them.  I didn’t really know where that was. 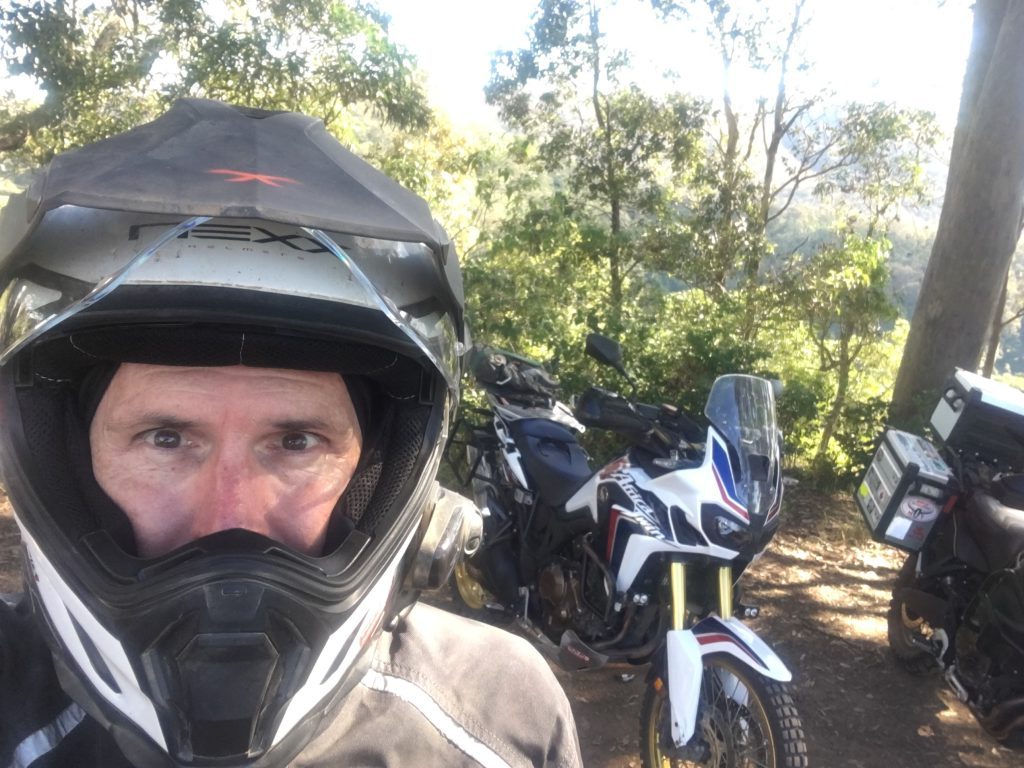 After riding for quite some time on a trail that was clearly not ridden by anyone that day we decided it was time to try to find our way back to civilisation.  Thankfully we both run Montana 680Ts with topo maps so the effort to set a course for Broke was insignificant. As it turns out it took us pretty much back the way we came in. No biggie!

Back in Cessnock we sent a message to the ride organiser to let him know we were fine and it was time us to head home.  The Hunter Expressway got me there quick smart.

It was fun having the Africa Twin back in tighter twin trail stuff. It was evident that the lessons learned in my recent  Maschine Adventure Course experience have paid off.  The usual initial “adjustment” period when I first hit the gravel was all but absent.

It was a great day out, I will certainly ride with this group again.  Here’s a map. 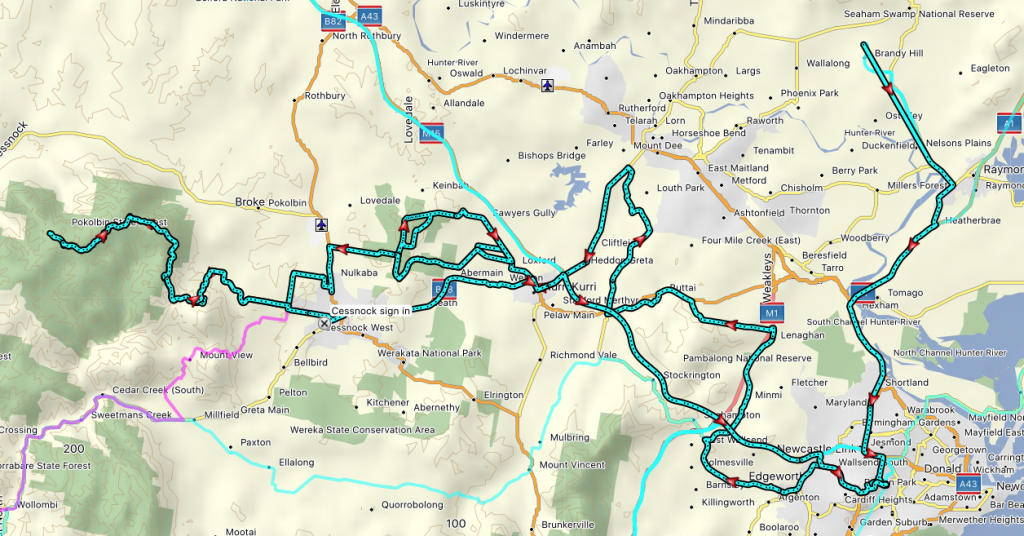