After a 1600K day test run of Little Mango (CBR125R) a couple of weeks ago I got excited again about finally having a crack at riding the little bike from Newcastle to Perth in less than 50 hours.  The test run convinced me I could change the gearing so one tooth less on the back, a new front sprocket and chain were the only changes to the bike.

TigerBill, Ox-34 and Mrs Wom were at the BP at Parry Street Newcastle to help with the documentation and sign me out after I fuelled up. A happy crew for 3am!

Rob was there too on his GSA to help with the paperwork and he offered to me company all the way to Nyngan. Thanks Rob.  Bill and OX were riding with us to the end of the Hunter Expressway.

By the time they turned off I knew the changed gearing would help with the ride.  The little motor was humming and could hold the changed gear without any worries still keeping within my rev limit which after two blown engines I was very strict on.

Kangaroo Alley past the Singleton Army base was well populated tonight but they were all well behaved. It was a relatively quiet run past Jerrys Plains, Denman, Merriwa and Dunedoo. One roo in that section had a crack at me and was easily avoided.  I refuelled from the 10 litre jerry at Mendooran which was a good sign because it meant that fuel economy wasn’t particularly affected by the change in gearing and my fuel plan for the run would work.  I had also made up some time on my ride plan, nice!

Rob forged ahead as we headed towards Gilgandra to top up with fuel, I rode past him while he was stopped in the BP on the way out of town.  The sun was up, there was little wind. The conditions were perfect to keep the little bike going forward. I was gaining time steadily on my plan by a few kph over my planned overall average of 88kph.  Things were looking great!

Then about 60kms west of Gilgandra the motor made a grinding noise, I lost power and pulled slowly over the the side of the road. Ride over, engine number 3 done and dusted. Bugger!

At least this time the conrod didn’t punch a hole in the motor, I didn’t get covered with oil and the rear wheel didn’t lock up! So a call to the NRMA 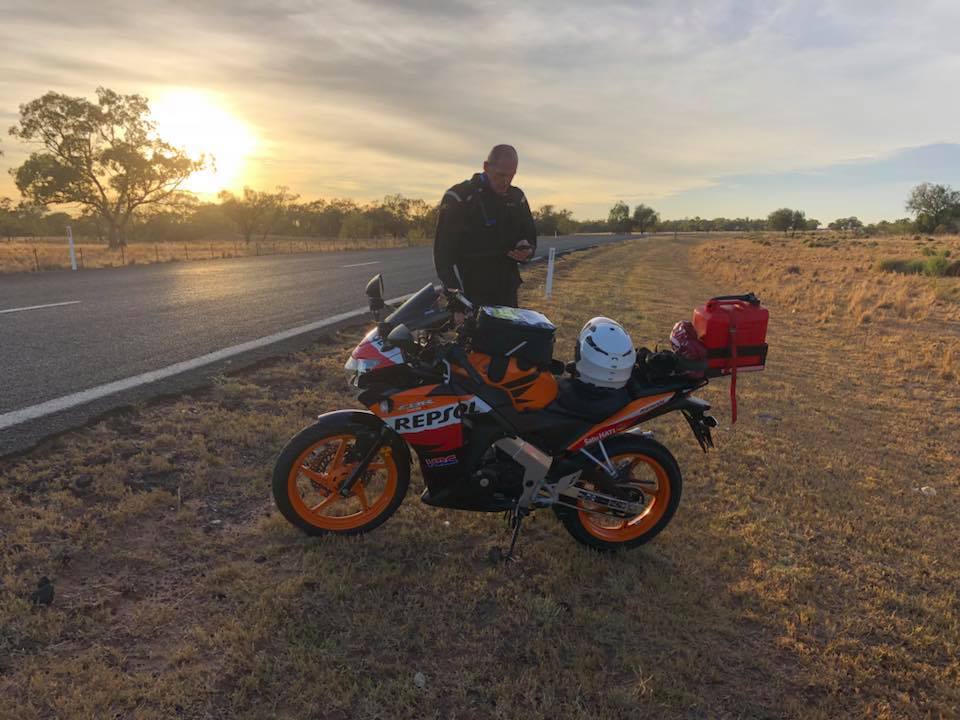 and a tow arranged that would see Little Mango delivered back to my home later that evening.

While we waited we explored an interesting area that had been visited by the local council. A bridge that was being replaced.  A lovely spot! 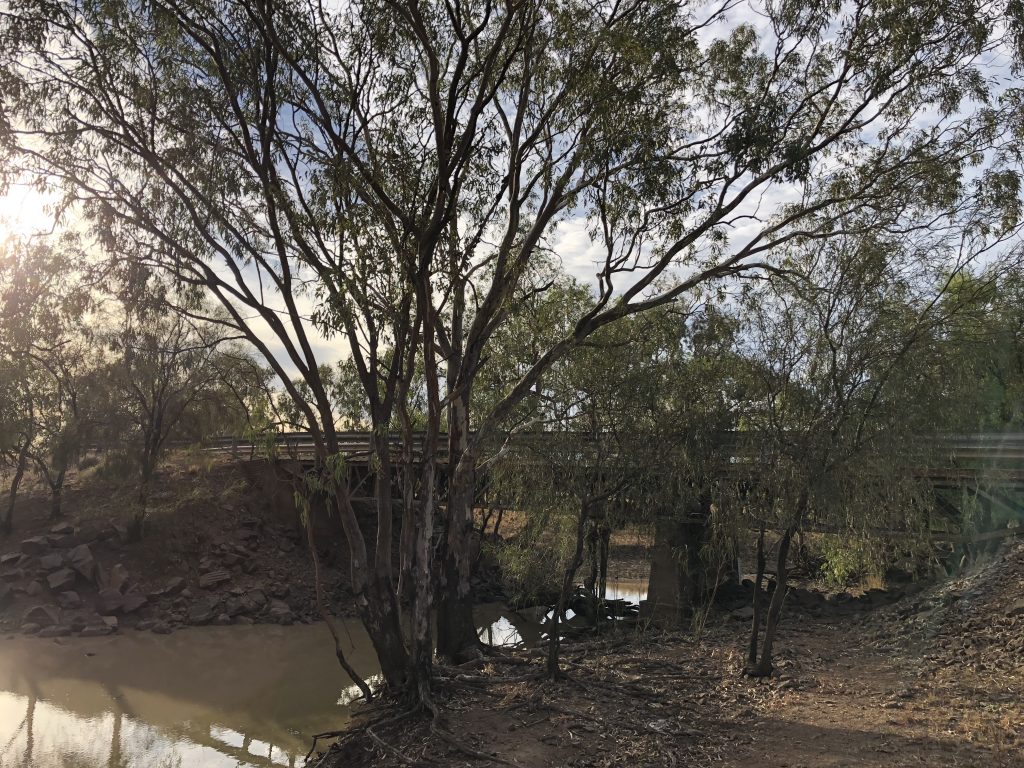 And Rob kindly offered to take me home in style on the pillion seat of his GSA. Much appreciated Rob, I’m very glad you were there!

Little Mango was diagnosed with broken valve stem drop-valve holey pistonitis with a secondary conrod deformity and after a few days of treatment is feeling better.  Here’s the iPhone scan. 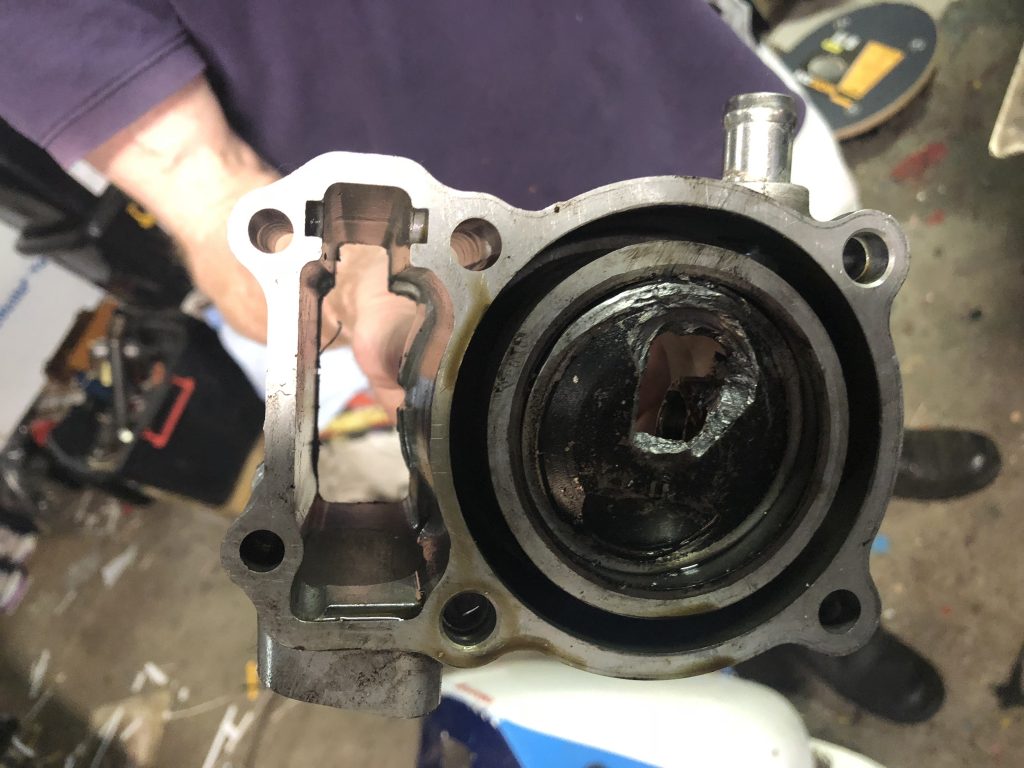 Oops I did it again. Hopefully that will be the last time!

Thanks again Rob for getting me home and thanks to Mrs Wom, TigerBill and Ox-34 for helping me out at the start. A special thanks to Little Mango for enticing me out on another adventure, building my confidence and having the last say…  Time to throw the drawing board away I reckon.

One Reply to “Oops I did it again!”