After 94,000kms on my 2010 Yamaha Super Tenere it was time to upgrade. So after much thought and a lots of tyre kicking  I picked up a shiny new 2016 XT1200Z ES Super Tenere from Chris Watson’s Motorcycles in Cessnock this afternoon. The lovely yellow and black Bumble Bee 60th Anniversary Edition, you either love or hate the colour.

As you’d expect, I wasn’t keen to go straight home so I headed west towards Wollombi.  The first thing I needed to do was fill the bike up from the one bar it was delivered with, mmmm.

Once out of the traffic and into the bends I began to appreciate the refinements of the newer model ES Super Tenere but I also felt “at home” on the bike straight away.

I turned left at Wollombi and took the bumpy and winding road south to Jerry’s at Kulnura.  The electronic suspension felt great and the bike was more responsive than the older model. I’ll talk more about the bike in my next report when I get a proper chance to ride and review it. It was too late for coffee but a worthy photo op at the very least. 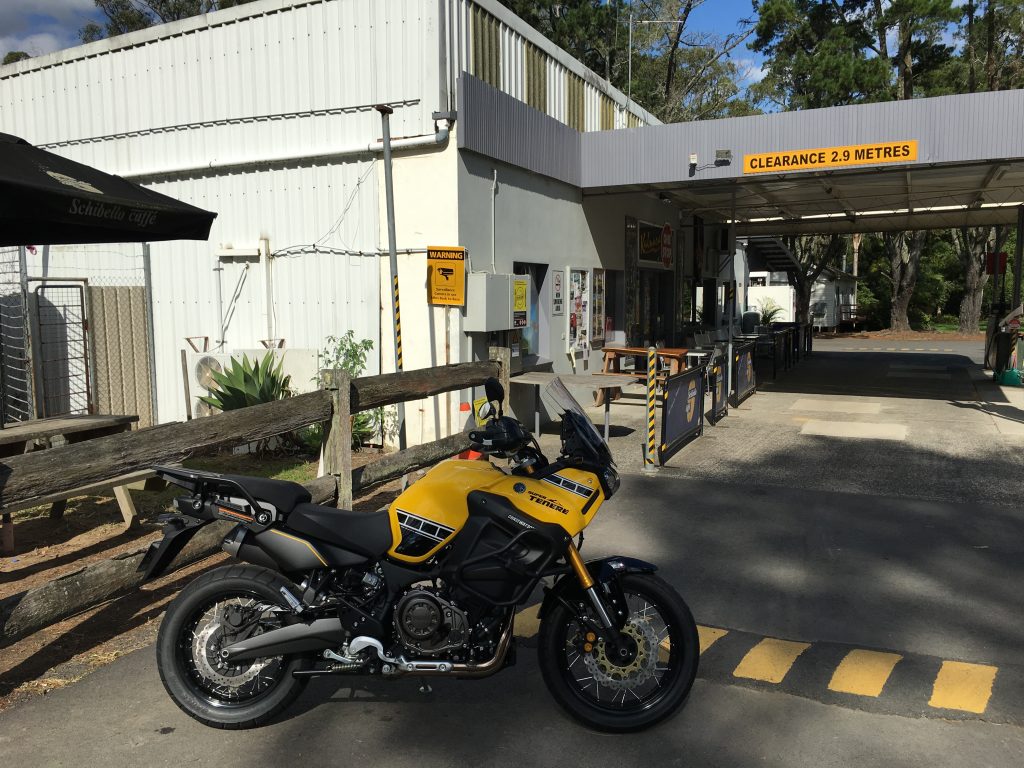 I then fittingly road down Bumble Hill on the Bumble Bee to Yarramalong and turned right towards Wyong lapping up the bunch of 55kph corners on a great surface along there.  I was all smiles.

From there it was left down Hue Hue and out on to Sparks Road for a taste of the Freeway and a test of the factory cruise control.  It works a treat, a tad better than the McCruise I had on my old one and way better at holding it’s speed than the factory cruise on my also now gone KTM 1290 Super Adventure.

There were some ergo adjustments I’d need to make before the next ride, screen higher and seat on high setting but as I was putting the bike in the garage after riding home I was thinking hard about how far this new Tenere was going to take me over the next few years and some old Iron butt ride plans that have been banging around in my head for a while started to boil to the top.