After breakfast we were a bit slow getting away. Checking the bikes over revealed a number of things that needed repairing, missing bolts that needed replacing and in one case a bike was retired to the trailer and the spare used. A fitting testimony on how hard the Dalton Highway can be on bikes. My fork seals were shot but not riding wasn’t an option. Today we were going to North Pole to meet Santa Claus.

North Pole Alaska was only 61 miles (100k’s) from Chena Hot Springs.  The locals had talked it up so I was keen to see a Santa that worked the whole year through. The place certainly looked the part. 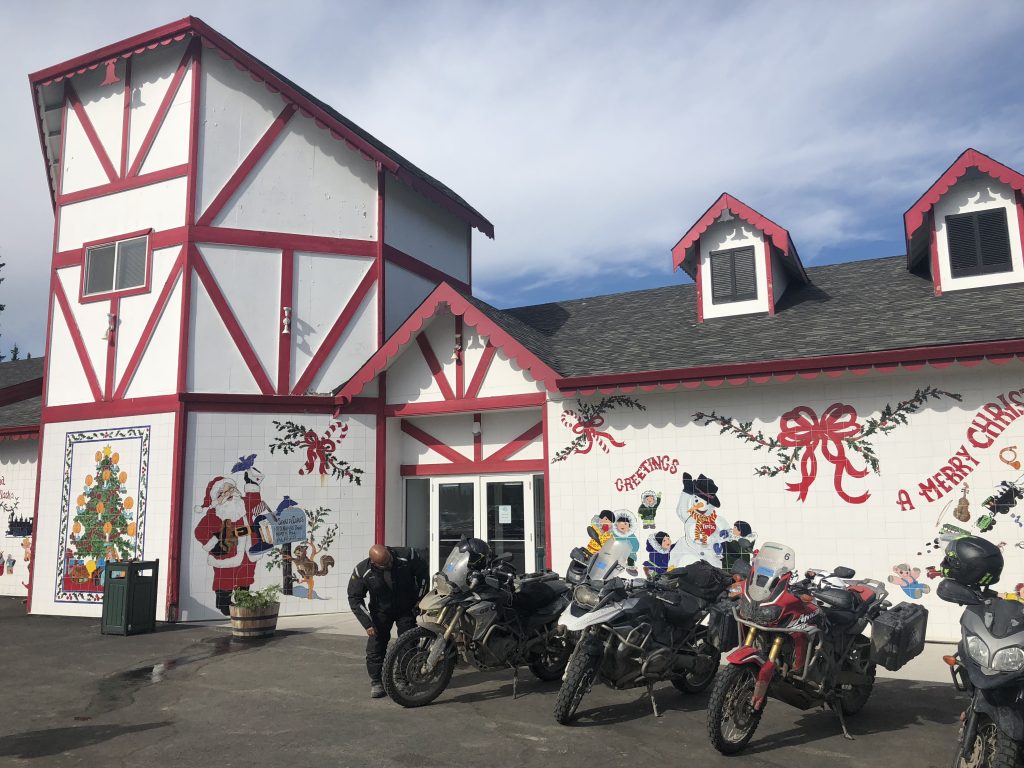 Inside there was a fantastic coffee shop/cafe selling all sorts of festive fudge, cakes etc and very decent coffee.  The range of Christmas items was huge!  The most interesting thing was that most of the people in the place were adults. There wasn’t a single kid lined up to meet Santa. And he was a scream! Jovial, funny, witty and clearly loved his own work. 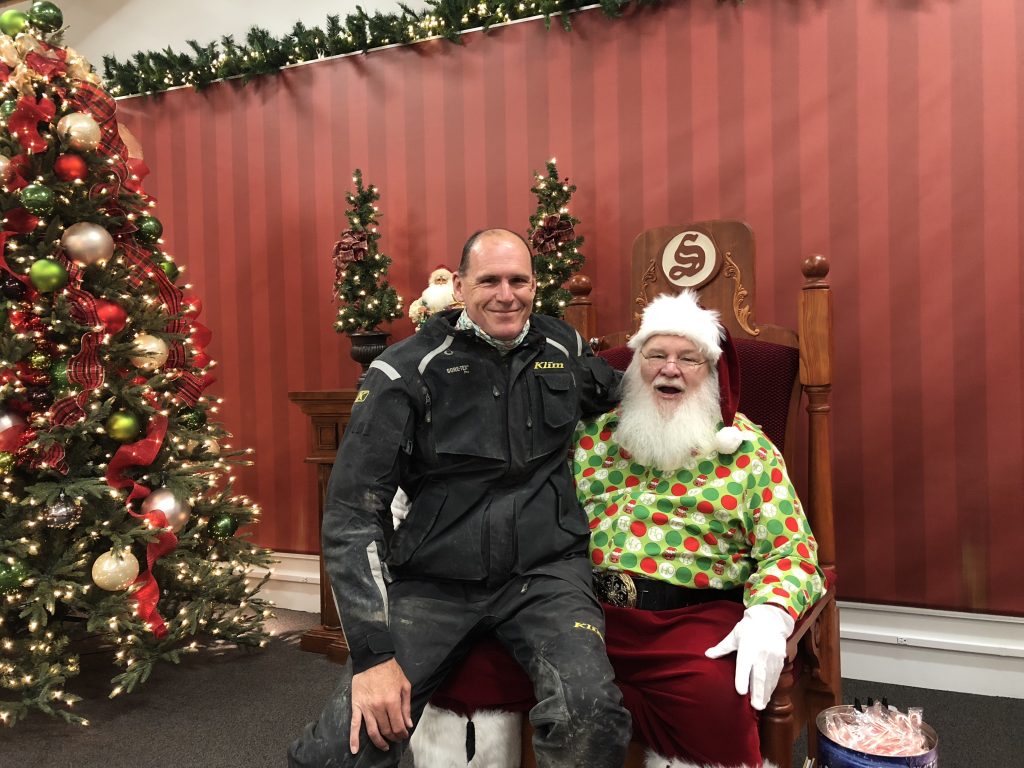 After the photo op he even had his elf (dressed in civvies) make a video on my phone to send to my wife and kids where said high to the wife and kids and explicitly confirmed I’d been a good boy while I had been away and remain squarely on the nice list.

After a good dose of family friendly Christmas spirit we were on our way along the Richardson Hwy to Delta Junction and lunch at a “frontier” like drive in joint called Buffalo Drive In.  Cars even pulled up and ate from trays set up on their open windows!  The place was busy, the food a bit slow but the huge serves of awesome burgers and chips were worth the wait.

From there we got back into the scenery winding out way beside the Tanana River and then following the Richardson along the Delta River. A great surface, lots of flowing curves.  It was a battle deciding between riding pleasure or viewing pleasure. 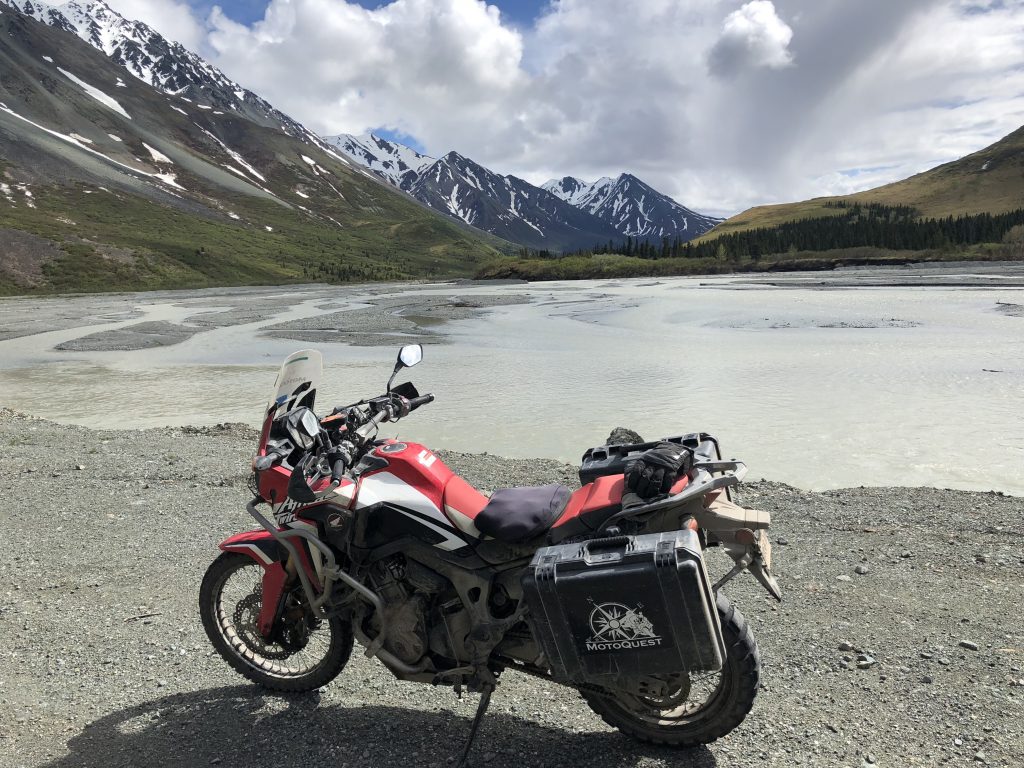 The colours scenery was completely different to what we’d seen in other areas of Alaska. 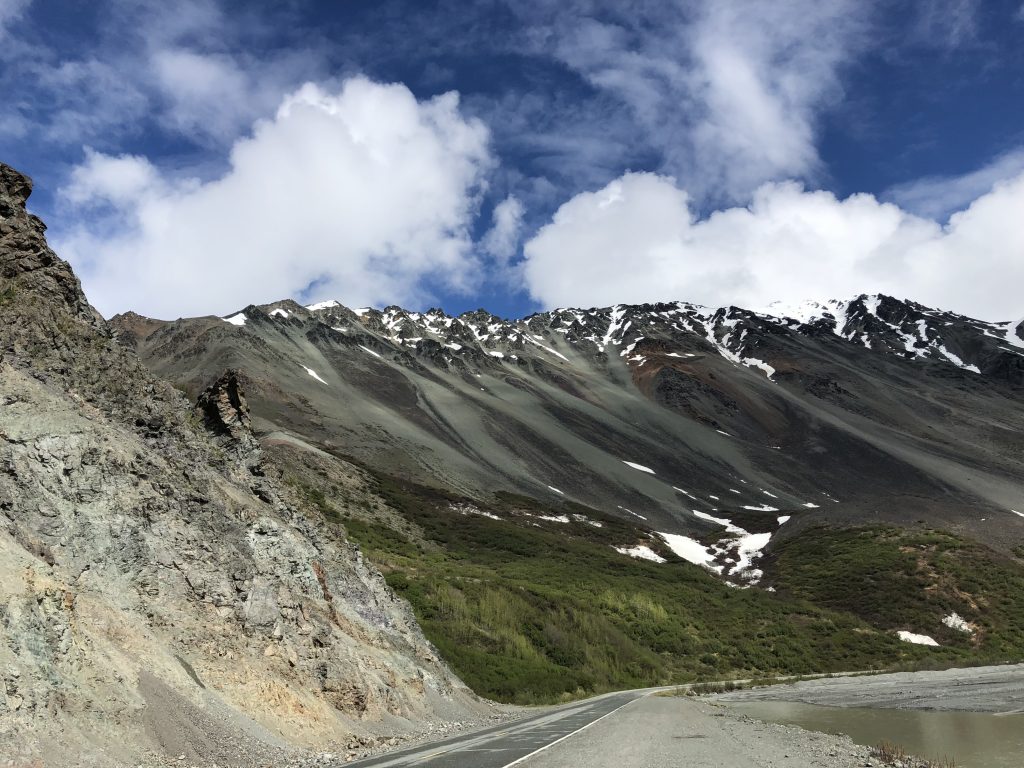 Salmon run in the Delta River, we stopped at a view point over the river but we were a bit early in the season.  We turned right onto the Denali Hwy, tarred in this section, albeit a bit rough and somewhat “whoopy” Rob and I had some fun turning up the wick and dragging the knee as much as you are game on adventure bikes with bent rims and no fork oil to speak of.

We arrived at the Tangle River Inn a bit before everyone else, refuelled and started setting in to our cabin aptly named the Looney Bin. 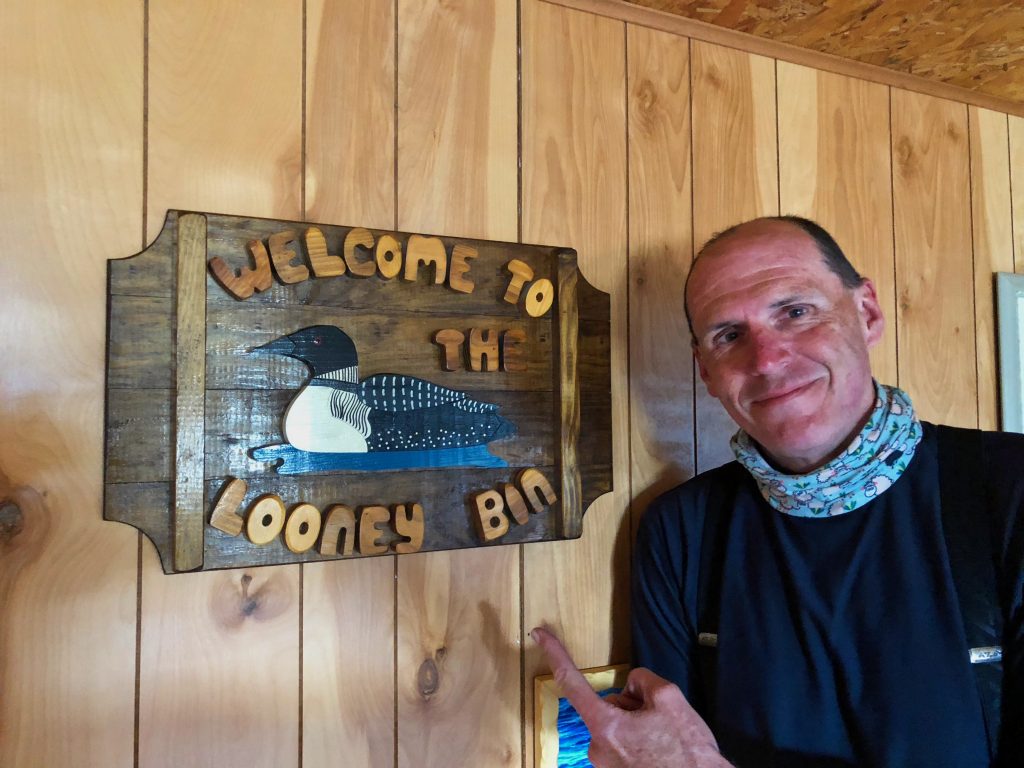 Tangle Lake was simply breathtaking and we took some time to wander around to try to get some decent photos of it. 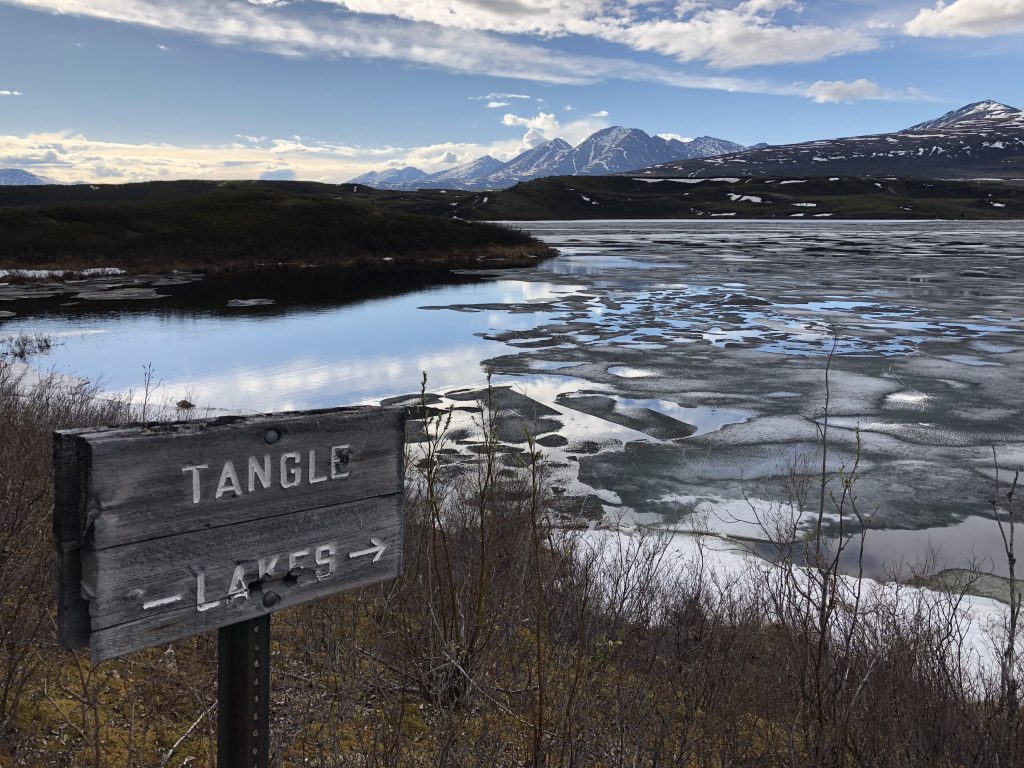 It was an amazing place. 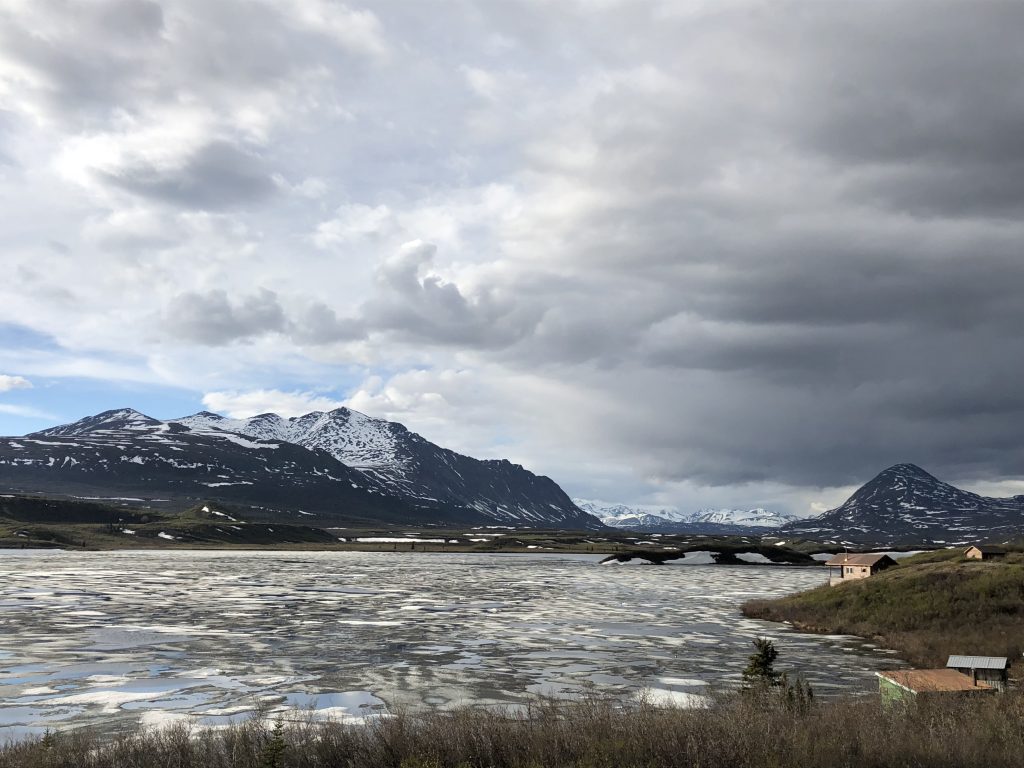 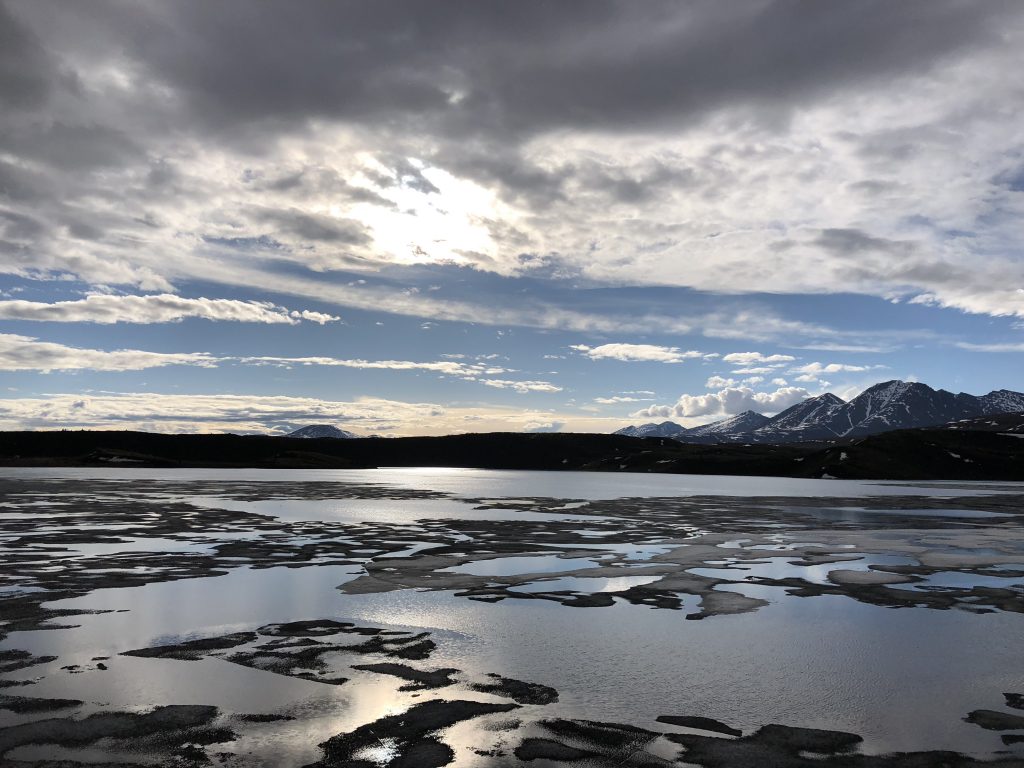 Dinner at the Inn was interesting. They had only opened up for the summer a couple of days before and some of their suppliers had let them down, including the beer. Our support vehicle turned up with some last minute groceries the owners had called for. The Inn is a long way from the nearest supermarket! Thankfully the beer didn’t run out although a change or two of brews was required.

So today was  shorter day, only 242 miles (389km) and all on tar but it was good to have a bit of a rest after riding the Dalton.