It’s only been less than three months since I had my Super Tenere at Marree heading off to Lake Eyre in the pre-dawn for a ride that ended in the handle bars disconnecting from the bike and a long ride in a tow truck. Hopefully today would go more smoothly.

A 5.30am leave from Marree was planned and I was up with the bike packed early so I went to the dining room of the Hotel and hooked in to the breakfast that was included with the price of the room and caught up on the news on TV.  Rob and Rod came in later and after food and coffee we left Maree about 5.30am in pitch black.  Rob’s Clearwater Erica and Sevina lead the way, slowly at first. I recall how I felt riding this road in the dark last time, it takes a while to get your head around it.

In the mirrors I could see the sun starting to shed light on another cloudless day. Then it simply got too good not to stop and take some photos so with the bikes parked across the Ooodnadatta Trak the cameras got busy.

And a few minutes later with a different camera

And a nice ruin nearby

It was incredibly peaceful out there that time of the day, but soon enough we were on our way and came across this iconic location on the Trak 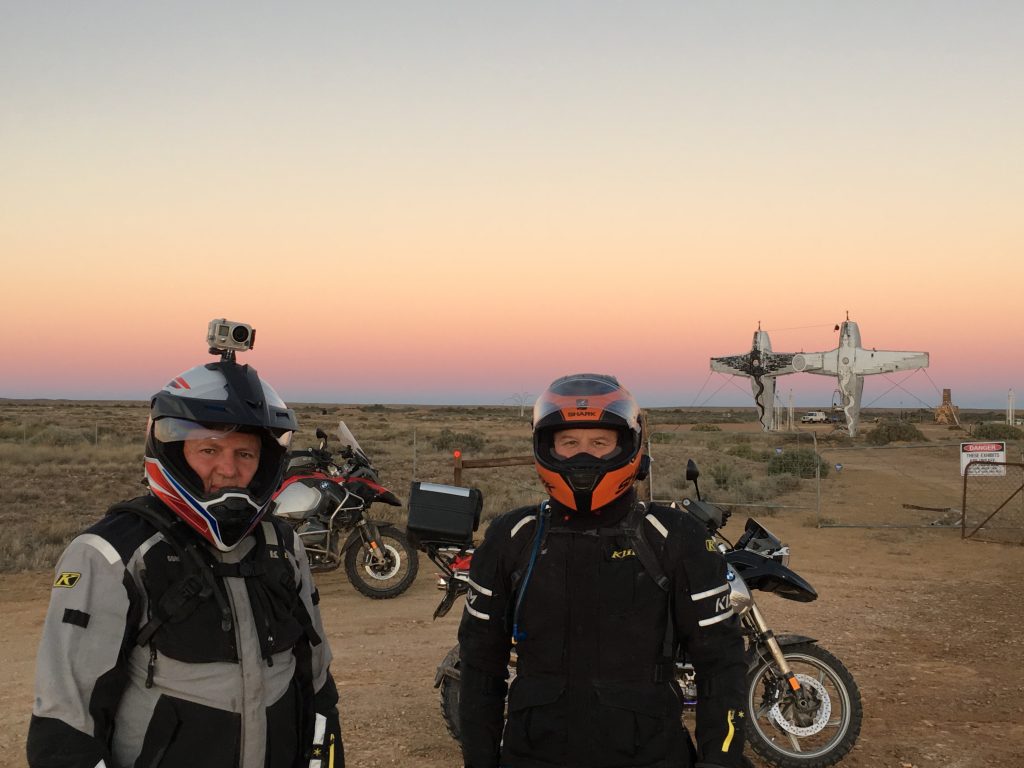 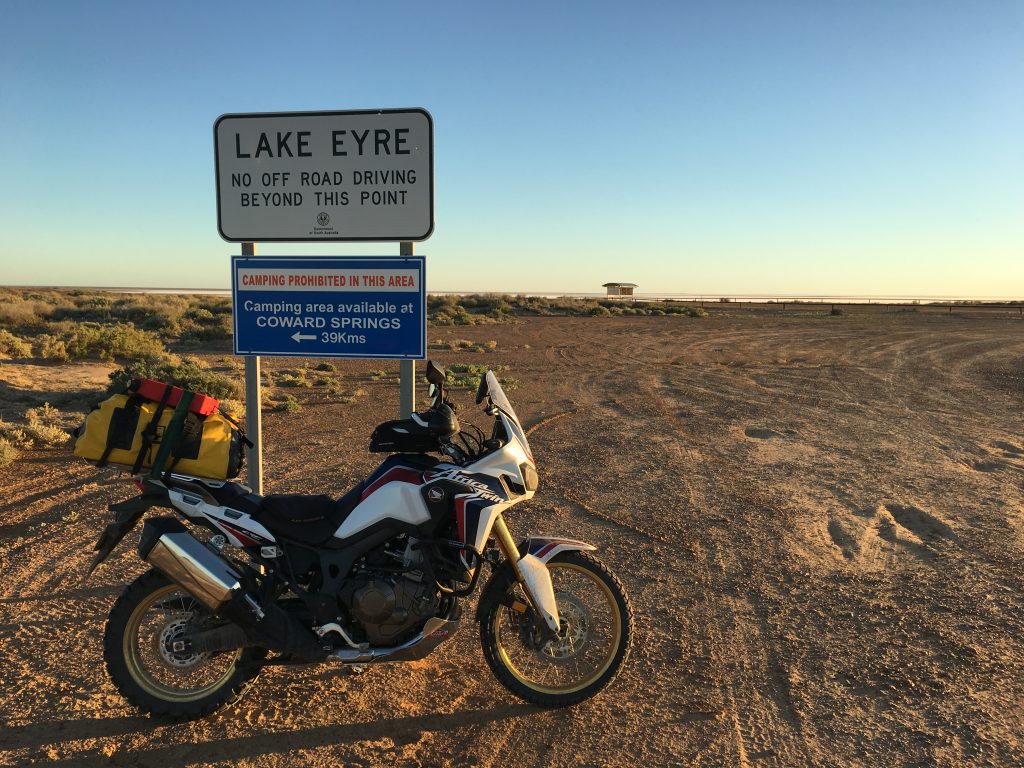 We wandered out on to the Lake

and checked it out.  The New Tech 7’s aren’t clean any more! 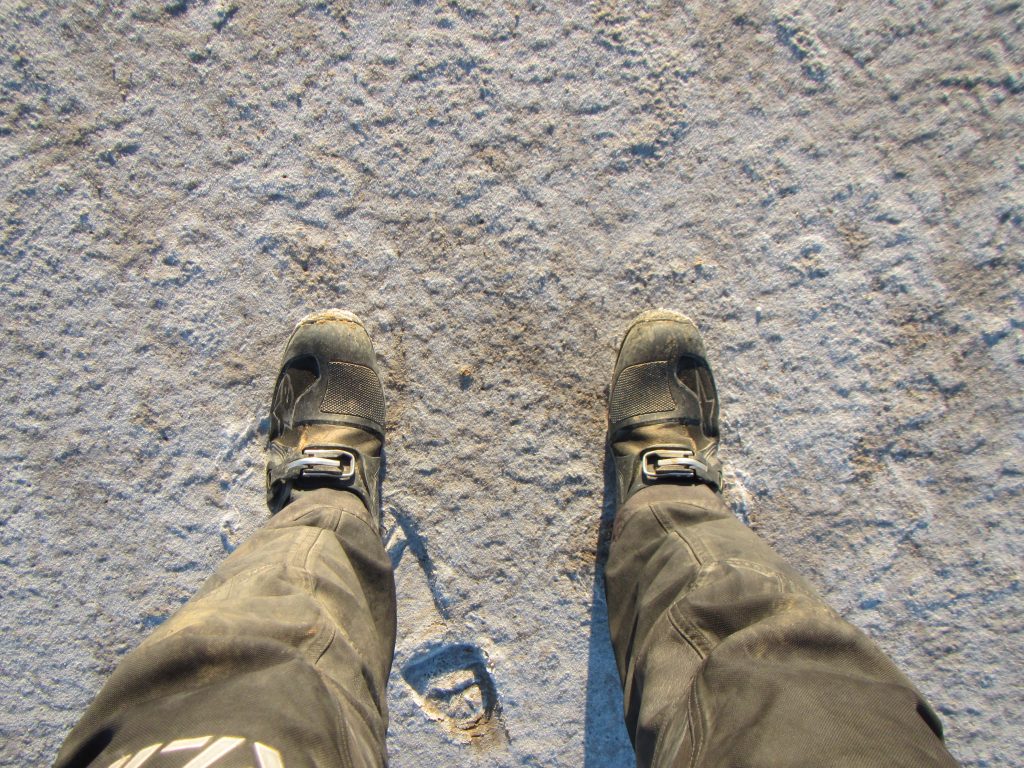 There was no hurry to leave but eventually we jumped back on the bikes heading back towards Marree but taking the right turn towards Olympic Dam and Roxby Downs.

Borefield Road was mostly red clay, it was wide and fast. There were many sections of deep ruts made by trucks using the road in the wet to skirt around but overall it was pretty simple.  Only one of the grids had a big hole near the front of it in an unexpected place and it caught both Rob and I and we’ve got dinged front rims to show for it.

We fuelled up the bikes and the bodies at Roxby Downs and Rob decided that he was going to have a crack at an Iron Butt Ride from Pimba and continue straight through to Sydney.  On the way to Pimba we called into Woomera briefly.

Rod and I weren’t in a hurry to get home so at Pimba with the documentation sorted Rob was on his way and we meandered down the Stuart Hwy towards Port Augusta stopping at the Island Lagoon Lookout  to admire a view I’ve ridden past many times on the Iron Butt clock and haven’t taken the time to enjoy. 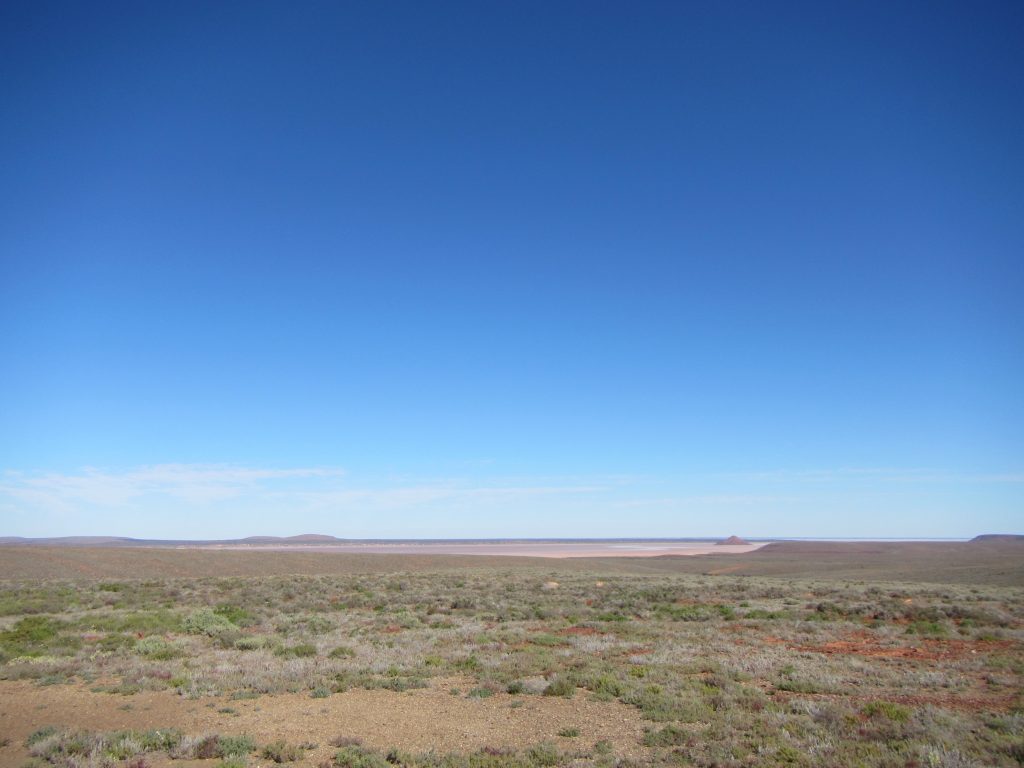 We caught up to Rob at Port Augusta getting fuel and said goodbye again and soon after we turned left towards Wilmington stopping briefly at FarRider #1,  Davo’s, plaque and to take a “Banner Shot”.

On the way to Orroroo we called in at another spot I’d ridden past too many times, the Giant Red Gum

It was certainly impressive and to give some perspective my arm span is just over 2 metres. And I’m a tree hugger. 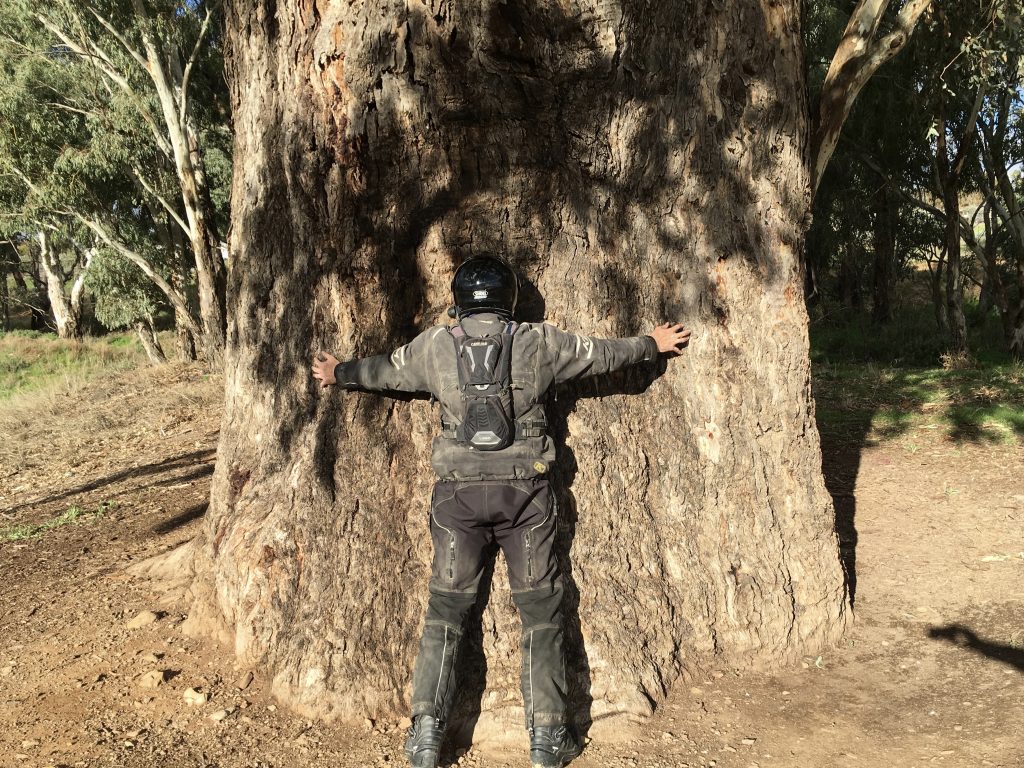 We stopped at Orroroo for coffee and cake then rode the last short leg to Peterborough where a decent room and fantastic meal were waiting for us at the Roundhouse Motel.

630kms for the day and a bit of everything.